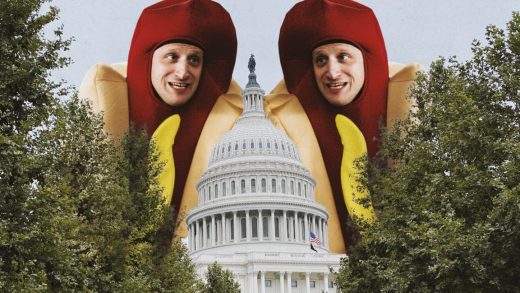 You may have seen a certain individual slathered like excess mustard across the internet lately, as ubiquitous as a street corner hot dog vendor in a major city.

“Who the hell is this guy?” you may have wondered, if not yet familiar. “And why do so many people seem to post his image with such . . . relish?”

Hot Dog Costume Guy is actually Tim Robinson, cocreator and star of the Netflix sketch comedy series I Think You Should Leave. Debuting in the spring of 2019, the show quickly earned a massive cult following for its all-killer-no-filler first season that clocked in at a lean 90 minutes. Within weeks of its release, ITYSL spawned an entire repertoire of catchphrases for comedy nerds, along with one ubiquitous meme, the Focus Group Guy. Over time, however, fan attention online has migrated more toward another sketch, one that has recently become eminently relevant.

The sketch starts in the immediate aftermath of a Wienermobile-like vehicle crashing into a department store. As the mood of the startled shoppers shifts from making sure everyone is okay to figuring out where the driver is, a man dressed in a felt hot dog costume emerges from the crowd. “Yeah, come on!” he yells, mirroring the distressed tone of the others. “Whoever did this, just confess, and we promise we won’t be mad!”

What follows is three minutes of a man clearly at fault for a minor disaster feigning outrage, confusion, and a desire to find the culprit. It’s a brilliantly silly comedic exaggeration of O.J. Simpson’s quest to “find the real killer.” While timeless enough to encompass O.J., however, this sketch couldn’t have been more timely over the past year in general—and this moment specifically.

The pandemic has been such a colossal failure on so many levels, and many of the people who are most at fault have tried to shirk responsibility. No one has shirked harder than Donald Trump, whose many tweets that have been Hot Dog’d are now without context since the president got permanently suspended from Twitter last week. Other leaders who have dropped the ball in one way or another, however, such as Health and Human Services Secretary Alex Azar and New York governor Andrew Cuomo, have not escaped the frankfurter treatment.

Republicans getting their medicine first pic.twitter.com/AGsAqaeE3i

The meme format became so popular that it’s been emblazoned on merch. Even Minnesota representative Ilhan Omar used it last December, ripping into ExxonMobil when the corporation expressed environmental concerns.

However, as popular as the Hot Dog Guy meme became in the COVID-19 era, it ascended to a new level last week, following the insurrection on Capitol Hill.

Some people are using it to riff on how easy it is to identify the culprits of the chaos, given that they were all decked out in the Trumpian equivalent of a hot dog costume.

We’re all trying to find out who’s the guy that did this. pic.twitter.com/zt9Htugc4R

Others are using it to point out the politicians who poured gasoline on the flames of Trump’s election lies and now appear shocked and upset about the end result.

“We’re all trying to find the guy who did this.” https://t.co/rHNQYGuAmG

we’re all trying to find the guy who did this pic.twitter.com/zhvxBcsij3

What may be the most poignant usage of the format, however, is mocking Trump’s greatest enablers as they try to distance themselves from the Big Man during what appears to be his Downfall phase.

“Only later did it become clear that lawmakers feared for their lives; that some of the attackers were hunting for congressional leaders; that there could have been a massacre.”

Don’t avert your eyes & don’t excuse this.
The more we see & learn, the worse it is. https://t.co/S3Hnv6iZhH

She can expect to get hit with at least a few responses like this:

“We’re all trying to find the guy who did this” pic.twitter.com/no9P0P4rXl

It’s hard to imagine a more fitting avatar than the ridiculous Hot Dog Costume Guy for the moment America tells the entire MAGA movement: I think you should leave. 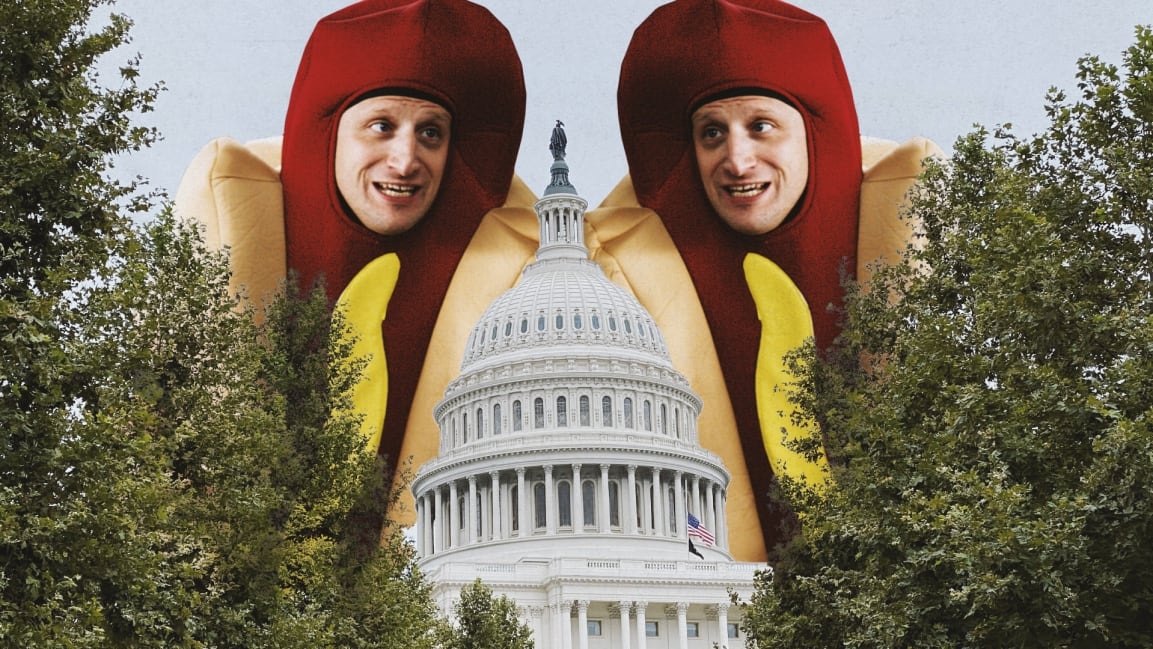