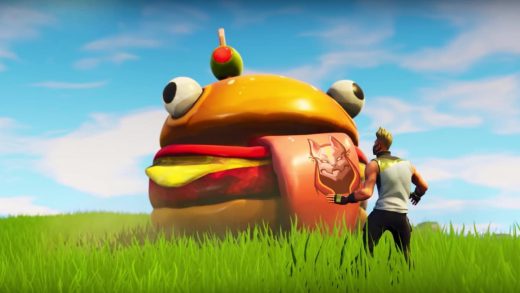 Why the world loves “Fortnite” and I don’t

It’s no secret that as you get older, you become less attuned to popular music. Your tastes change with your maturing personality, and you become less concerned about keeping up with what’s new. You may even experience something called “taste freeze,” in which you gravitate back to the music of your adolescence because of the strong emotions it stirs.

I’ve never had the same feeling about video games until I started playing Fortnite, the free-for-all multiplayer shooter which has transcended mere popularity to become a global phenomenon. Perhaps you’ve heard the stories by now: Kids sneaking in Fortnite sessions on their phones during school, huddling around Xboxes to play at home instead of watching major sporting events, and spending countless hours observing other people play on Twitch and YouTube. Celebrities such as Chance the Rapper and Joe Jonas have admitted they’re obsessed with the game, and athletes have started incorporating Fortnite characters’ celebratory dances into their own victory routines. Some sports figures have even fended off accusations that their Fortnite play is affecting their real-life performance.

It’s hard to reconcile all of this with my difficulty forming an attachment to the game. Although I’ve been playing video games for more than 30 years—that would be since the age of two and a half—my enjoyment of Fortnite plateaued after a handful of hours.

I can at least appreciate Fortnite for being a fun multiplayer game, which builds on the fundamentals that developer Epic Games established in shooters like Unreal Tournament and Gears of War. (As always, Epic understands how to make a shotgun shake the room, and how to make a headshot feel momentarily like the pinnacle of human achievement.) In Fortnite‘s Battle Royale mode, 100 players parachute from balloon-propelled busses onto an island dotted with houses, mansions, castles, strip malls, and shacks, and violence breaks out in isolated bursts as players hunt for weapons and gear. To prevent prolonged lulls in the action, a deadly storm forms around the edge of the island, and the playable area shrinks until everyone’s forced to fight. Death is permanent, so victory goes to the last player (or group of players, in team modes) standing.

While this formula predates Fortnite–most notably, by PlayerUnknown’s Battlegrounds–Epic has added a layer of chaos by letting players demolish buildings and harvest materials, which they can then use to build floors, walls, and staircases on the fly. Towards the end of a match, it’s not unusual to see wood and brick skyscrapers appear out of thin air as players frantically craft their own high ground.

Epic has also mastered the addictive meta-game that’s become standard in multiplayer shooters. By playing the game and accomplishing special objectives, players can unlock new characters, dance moves, and various cosmetic accoutrements. None of them make you any better at killing other players, but they make you look snazzier while doing it. To get new items faster, Epic sells a $10 Battle Pass that lasts for the duration of Fortnite‘s multi-week “seasons,” and Epic cleverly doesn’t punish you for being stingy up front. Instead, the game displays all the goodies you’d theoretically earn with a Battle Pass, and lets you pay to unlock them at any time.

It’s all rather well done–another fine shooter in the vein of Halo or Counter-Strike–but none of it explains why Fortnite has become such an obsession. The best explanation for that, and, perhaps, the reason why I feel a sense of alienation from the game, is the phenomenon itself, which like any viral sensation has taken on a life of its own.

A few months ago, Polygon’s Colin Campbell tried to pin down what makes Fortnite so popular. He came up with dozens of theories, from the friendly cartoonish aesthetics to the perfect pacing to the free-to-play business model that lets anyone check the game out on almost any platform. Those are all valid explanations, but his most compelling one had to do with sharing:

First and foremost, Battle Royale designed to be a blank slate for vivid personal stories. Once inside the game, it’s easy to be swept up in the travails and adventures of your avatar.

Every time that bus cruises over the island, a hundred narratives unfold. Some of them are as forgettable as “I opened the door to a house and someone blew me apart with a shotgun.” Others are more textured. When I achieved my first Victory Royale, I couldn’t stop myself from recounting the whole story to my entire family.

I’ve played Fortnite long enough to experience several of those moments–including a Victory Royale of my own–yet I’ve seldom felt compelled to share them. My friends are understandably not interested in what’s happening inside Fortnite, and my children are too young to be playing it themselves. Even if I knew some people who wanted to play the game together, scheduling a time that works for everyone would probably be a logistical nightmare. For me, video games have increasingly become a solitary hobby, and Fortnite doesn’t really fit in.

But there’s more to Fortnite‘s allure than just swapping stories. Last week, New York magazine’s Brian Feldman wrote an excellent piece summarizing the Fortnite craze, with plenty of anecdotes from people who play the game. By becoming a popular hangout, Fortnite has created its own culture, with in-game references creeping into the real world, and vice versa. Some teens are even using Fortnite as an impromptu chat space, where they can gossip among themselves as they play. Feldman theorized that Fortnite has more in common with social networks than with other video games:

It feels less like a thing you log in to every few days to waste some time and more like an app that you’re constantly pulling to refresh, always something new to see. In this way, social platforms with bright, sunny aesthetics that constantly add a rotating and growing set of features that keep users coming back, building up a platform-specific identity, provide better points of comparison than other video-game shooters. Fortnite is a candy-colored video game populated by friends and celebrities, with quantified metrics for success tucked into every corner, constantly updated, highly social, usable anywhere, dopamine-releasing, and extremely competitive. In other words, the way to think about Fortnite isn’t Halo, but Instagram. Not Call of Duty, but Snapchat.

Incidentally, I don’t spend a lot of time on Instagram or Snapchat. And while I know lots of adults who do, none of us are nearly as plugged into these networks as the generations younger than us. As such, the culture that surrounds social media–the slang, the hashtags, the aesthetics–are often beyond our grasp.

Similarly, it’s hard for me to feel the gravitational pull of Fortnite‘s social charms. How excited can I get about discovering a supply llama or unlocking John Wick if there’s no one around to appreciate it? What’s the significance of a virtual rocket launch if there are no other eyewitnesses to discuss it with? What’s the appeal of appearances by celebrities if you no longer idolize them?

I don’t mean for this to sound sad, but I’ve realized that no matter how much time I put into Fortnite, or how much mastery I gain over its mechanics, I’ll never experience it the way millions of younger players are now. With Fortnite comes a feeling that the culture of video games is passing me by, and that’s jarring for someone who’s been playing games since the Reagan administration.

Meanwhile, signs of my own taste freeze are setting in. Last night, instead of settling into another round of Fortnite on the Nintendo Switch, I downloaded a different game called Hollow Knight. It’s not an oldie, but it borrows liberally from atmospheric, explorational classics like Metroid, and it quickly grabbed my attention in ways that Fortnite never did. Where Fortnite felt unwelcoming and alien, Hollow Knight felt comfortable–kind of like hearing an old song for the first time. 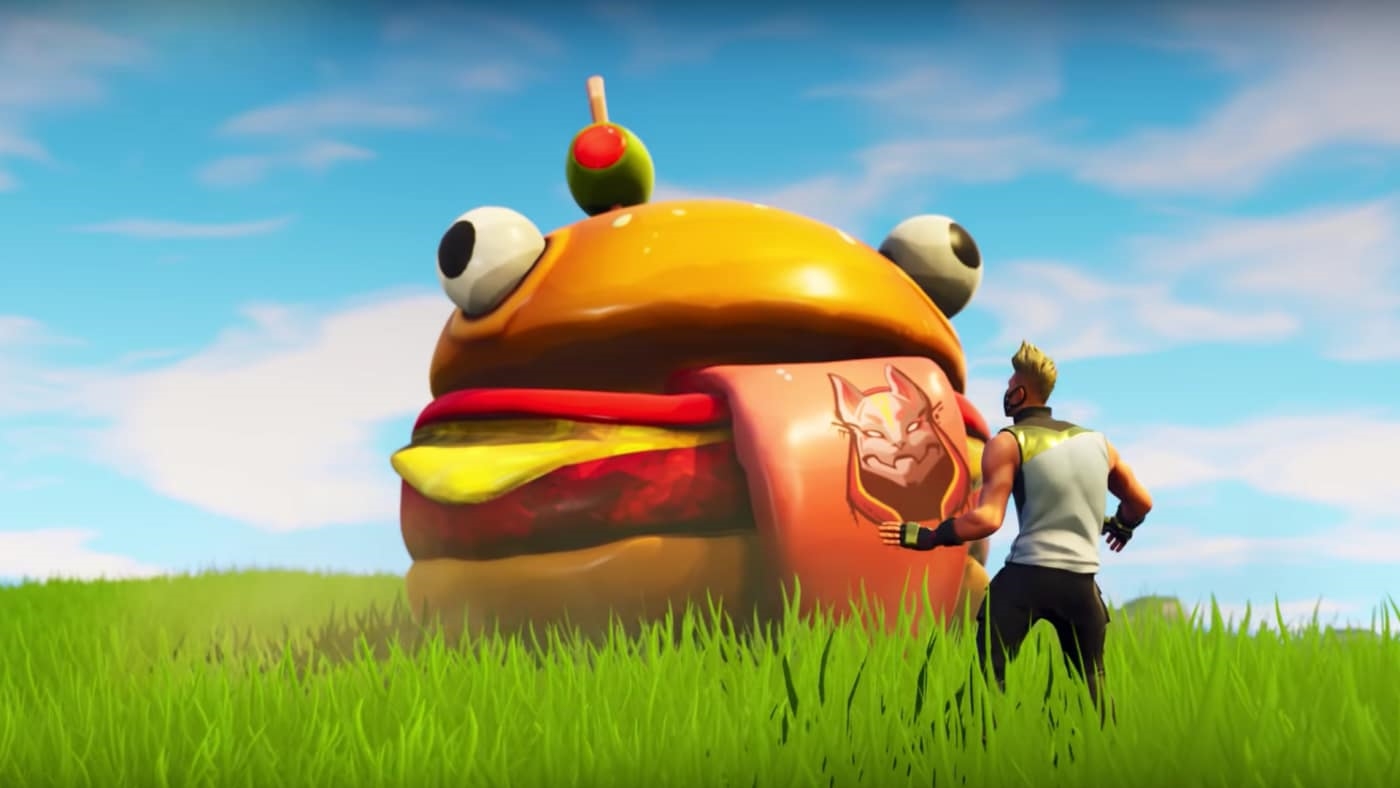