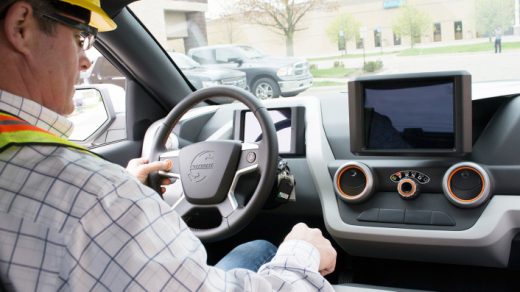 Electric pickup trucks are almost a reality and the first one to make it to market might come from an unexpected source: an Ohio company called Workhorse that is best known for manufacturing trucks for UPS. Workhorse’s W-15 is an electric pickup truck that accelerates from 0-60 miles per hour in 5.5 seconds, has an 80-mile range, automatic braking, all-wheel drive, and barely makes any noise.

On a recent Monday afternoon, I took it for a test drive.

Driving or riding in an electric pickup truck is a strange experience. For those drivers familiar with the eerie quiet of being inside a speeding Tesla or who have experienced a Prius’s regenerative braking, being inside the W-15 feels very different.

Taking a W-15 concept car for laps around a Long Beach, California, parking lot, the truck’s silence surprised me. Workhorse’s president, Duane Hughes, showed me how quickly the vehicle accelerated (quickly), and how the lack of an engine gave the pickup truck extra storage space in a “frunk.”

Workhorse’s vehicle is expected to go on sale in the 2018 model year. It’s just one of the competitors in a pretty crowded market for electric pickup trucks. In April, Tesla CEO Elon Musk announced that Tesla is launching a pickup truck within two years. Another company, Utah-based Via Motors, (helmed by auto industry legend Bob Lutz) is also working on an electric pickup truck.

There’s only one catch: If you’re an ordinary consumer, you won’t be able to buy one of Workhorse’s electric pickup trucks anytime soon.

The company’s business model revolves around fleet customers–that is, UPS and United States Postal Services and trucking companies and public transportation systems around the world. For automakers, selling to fleets is a much easier proposition than marketing to ordinary consumers: Fleet operators buy dozens or hundreds of vehicles at once, and usually enter into long-term business arrangements with their vendors.

Hughes says energy utility Duke Power has signed a letter of interest to purchase up to 500 trucks, and other potential purchasers include Portland General Electric, the City of Orlando, Southern California Public Power Authority, and Clean Fuels Ohio. Trucking giant Ryder has also filed a letter of intent to enter into a partnership. “We signed up Ryder as a strategic partner for distribution, sales, service, maintenance, which gives us a nationwide footprint,” Hughes added.

When I was getting the full demonstration (which includes most of the standard electric vehicle features, as well as a supplemental gas tank and power ports to charge industrial equipment as the car drives), Hughes was careful to emphasize the dollar proposition for buyers: The truck offers the equivalent of 75 miles per gallon, and he says maintenance costs are sharply reduced compared to a conventional pickup truck.

Workhorse, like many other small automakers in the electric world–including competitors Via and Tesla–is an American operation. The company’s corporate headquarters are located in the suburbs of Cincinnati; it owns an Indiana assembly plant, and it has a production facility in Ohio.

The big challenge facing both Workhorse and its competitors, however, is the volatility of the electric truck market. Rich hobbyists with a love of status symbols have turned Teslas into coveted commodities and lower-cost hybrid vehicles like the Prius and Chevrolet Volt have found a niche among budget-minded consumers. But trucks are work vehicles that carry heavy loads, tow equipment, and do unglamorous dirty jobs.

For fleet operators, electric trucks need to offer significant savings and benefits in order to escape novelty status. There are also larger structural and supply issues for both electric vehicles and the auto industry at large during the Trump administration, which has floated the idea of a border tax and altering long-standing trade deals. There are also other factors at work: Workhorse and partners VT Hackney are among the six finalists for a massive, $ 6 billion United States Postal Service contract. Although Workhorse says winning the contract will not delay the rollout of the W-15, fulfilling the Postal Service’s needs could potentially take up much of the company’s manufacturing and logistical bandwidth.

Workhorse says sales of the W-15 are expected to begin next year; the trucks will cost approximately $ 52,000 each. 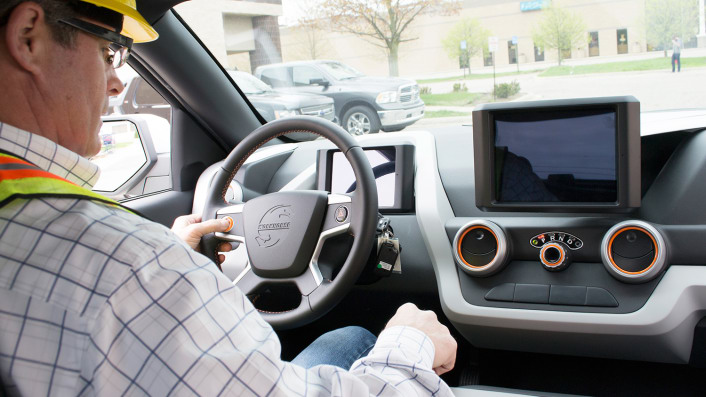