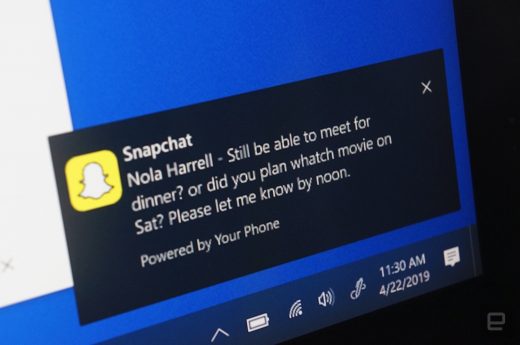 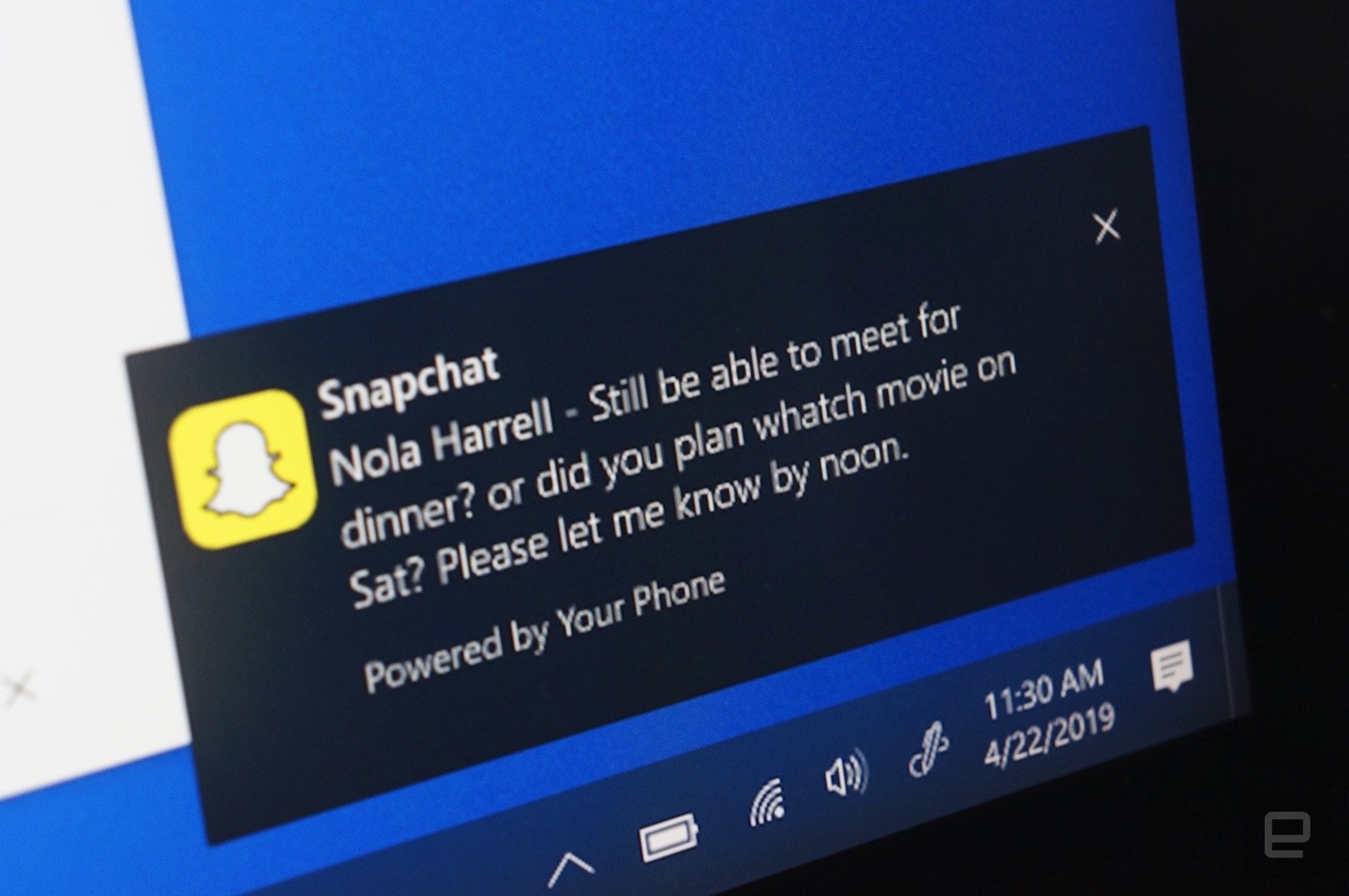 Microsoft has fulfilled one of the larger promises behind its Your Phone software — if you’re willing to experiment a bit. The developer has released a Windows Insider Preview that displays Android notifications on your PC. If you allow apps to display alerts, you can find out about an important message or status update without reaching for your handset. You can clear notifications one at a time or all at once, and anything you dismiss on your PC will be reflected on your phone.

The feature is gradually rolling out to Windows Insiders using at least the 1803 (RS4) build. You’ll also need a phone running Android 7.0 Nougat or newer and a minimum of 1GB of RAM. You can’t respond to notifications (at least not yet), but this could be particularly vital for Snapchat and other apps that don’t really have a presence on the desktop.