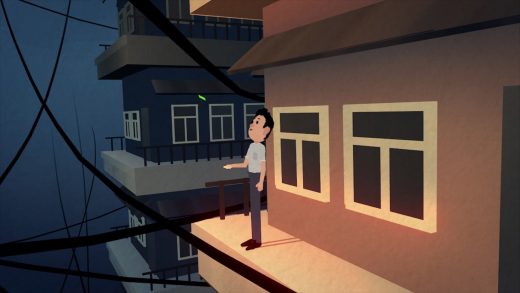 ‘Wired’ is a multi-scene movie painted and animated in VR

Movies that have been painted and animated with a VR headset are nothing new. Most, however, are single scenes that loop like an animated GIF. The camera might move around, highlighting small details, but there isn’t much of a story. Wired, meanwhile, is different. It’s one of the first pieces of VR animation (that is, created inside VR) with multiple scenes and a discernible narrative. The gorgeous short follows a boy exploring a world that doesn’t have wireless technology. He falls from a cable above some enormous skyscrapers, provoking nearby residents to look up and appreciate the sky. 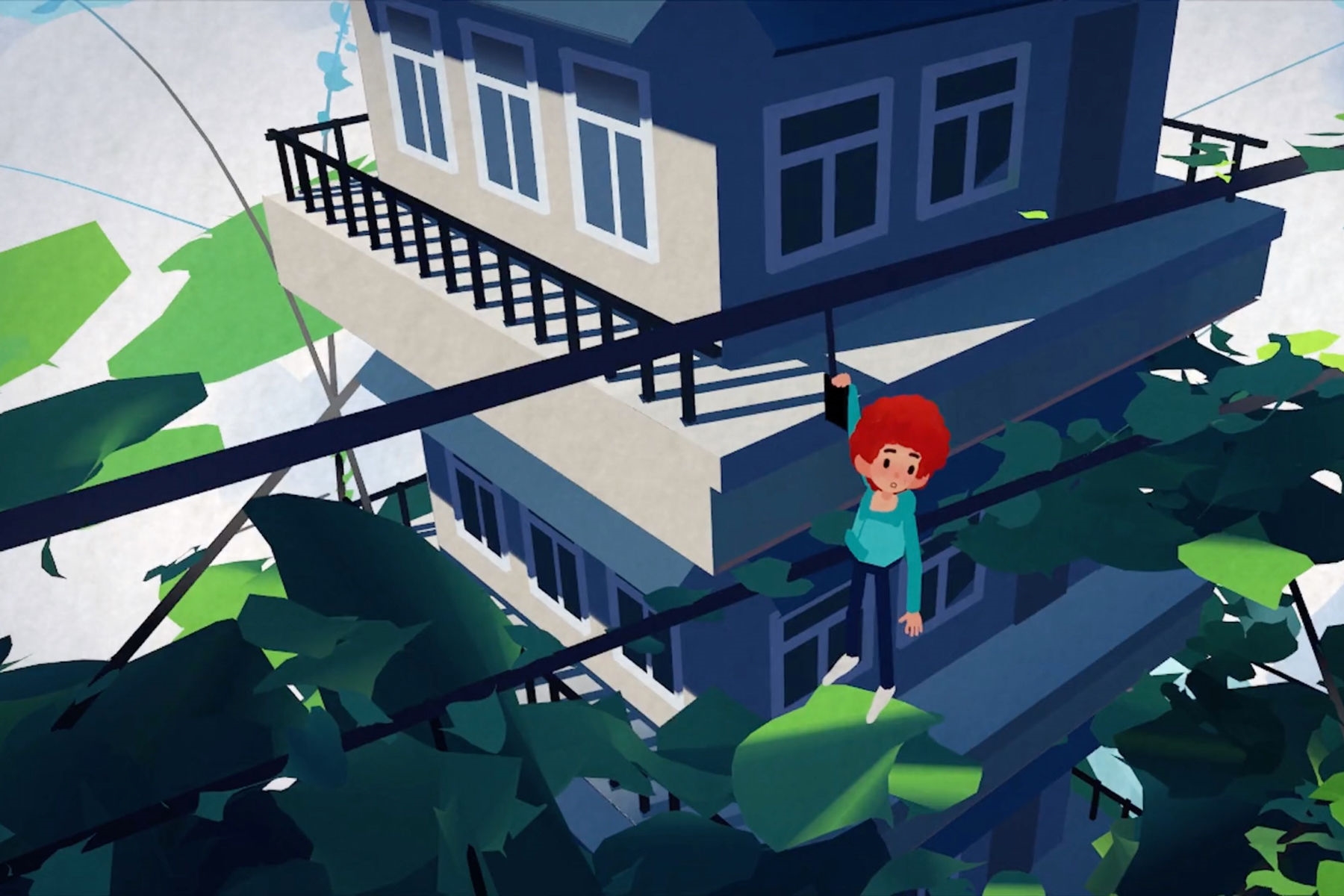 The film was created by a single person: Zeyu Ren, a design student and motion graphics artist in New York. He started the project after watching Alex’s Sci-Fi World, a jaw-dropping loop created by Matt Schaefer with Oculus Quill, a Facebook-owned 3D painting and animation package. Intrigued, he started experimenting with the Rift headset owned by his college, the Rhode Island School of Design.

Ren started by painting the various skyscrapers inside the forest. It was a rough outline, and the colors weren’t quite right, but it was proof that the setting and general concept could work inside Quill. “On the first day I actually had some footage of the boy looking up and then having him look up to the airplane,” he said. “And I was thinking ‘Wow if this is polished, this could actually be a really good 10-second story.'” He sketched out some of the basic shots and sequences on post-it notes, but relied on his spontaneous imagination and experimentation inside Quill to perfect each scene.

The young director broke the film down into four distinct scenes: the central skyscraper with no visible sky or plane, the rooftop with a beautiful blue yonder and airliner soaring overheard, the abstract ‘fall’, and the final scene where the boy awakes on the floor and nearby residents emerge on their balconies. These sequences had to be split into separate project files in part because of how Quill handles lighting and exposure. The dark, gloomy atmosphere of the first scene, for instance, meant the sky above would always look white and blown out.

Separating the movie also made the project more manageable. Quill’s copy-and-move animation style means the underlying geometry — and by extension, project size — doubles whenever you add a new frame. “So if you’re creating a four-minute animation in one file, that file will be super huge at the end of the day,” Ren said. “So you have to split things up and organize them tidily.” 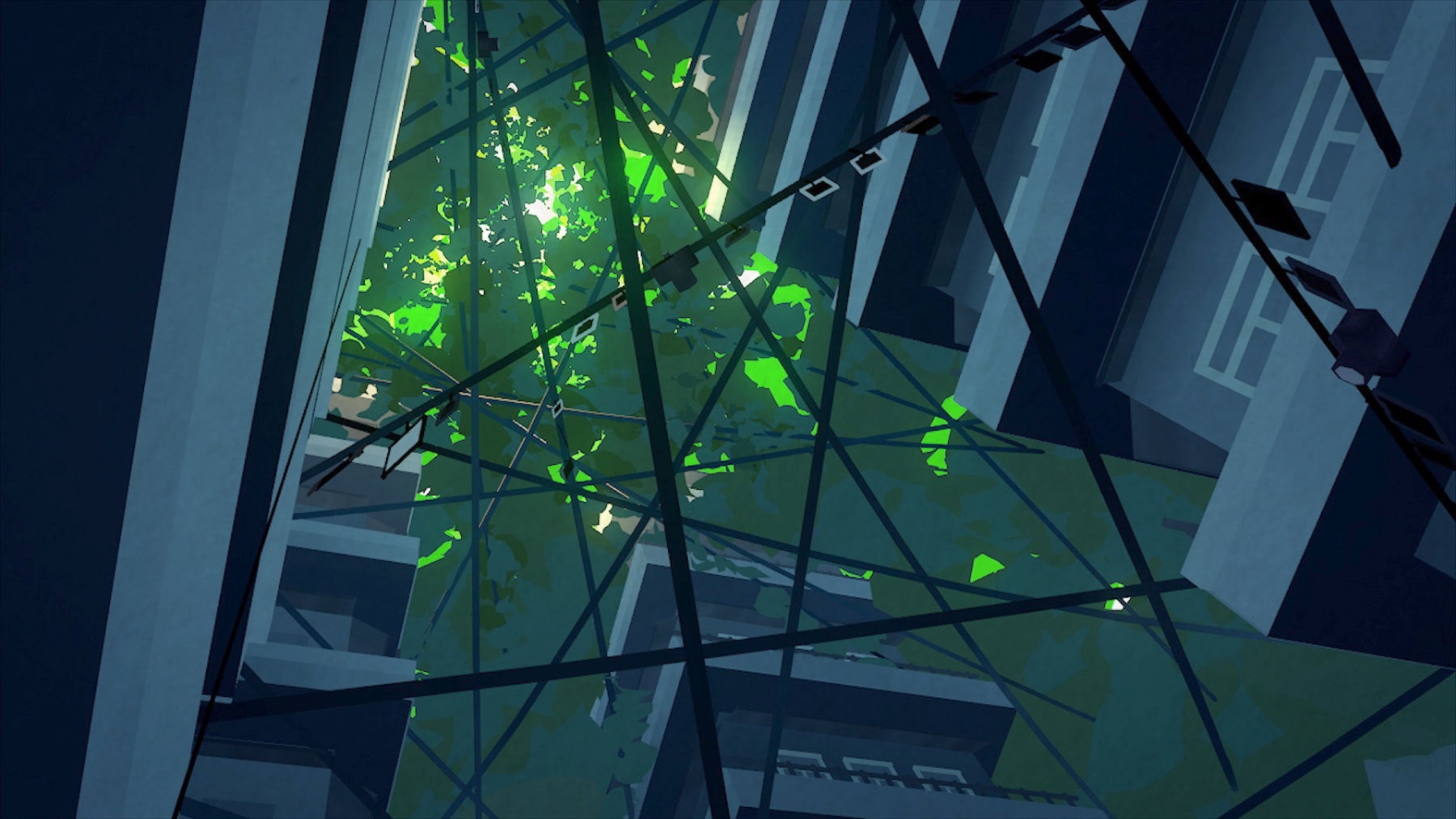 The student spent most of October building the sets, designing characters and generally “just freestyling.” In November he doubled his efforts, painting and animating up to six hours each day inside Quill. By December he was ready to ‘film’ each shot inside Quill and export to Adobe Premiere. He added some visual flourishes with After Effects and then exported the final footage in the high-quality Apple ProRes format. The final edit, complete with ambient noise and music by composer Hefeng Liu, was finished on a Mac with Final Cut Pro.

With a four-minute runtime, Wired is a little longer than Fujita’s Beyond the Fence. The two projects are subtly different, however. Wired was always designed as a traditional movie that could be viewed on a laptop, smartphone or TV. The decision meant Ren could keep clutter inside his 3D-painted world and line up the virtual ‘camera’ to ensure it was never in shot. Beyond the Fence, meanwhile, needed to work as a VR experience where the viewer could look almost anywhere.

Ren was surprised that Wired was ready in January — he had given himself until the end of the academic year to finish the project. The animator posted the film on Vimeo and the popular Virtual Animation Facebook group earlier this month. The reaction was universally positive and reinforced the potential of Quill as a movie-making tool. “This is beautiful,” VR researcher Eva Hoerth commented. “Easily one of my favorite short films made in VR.” 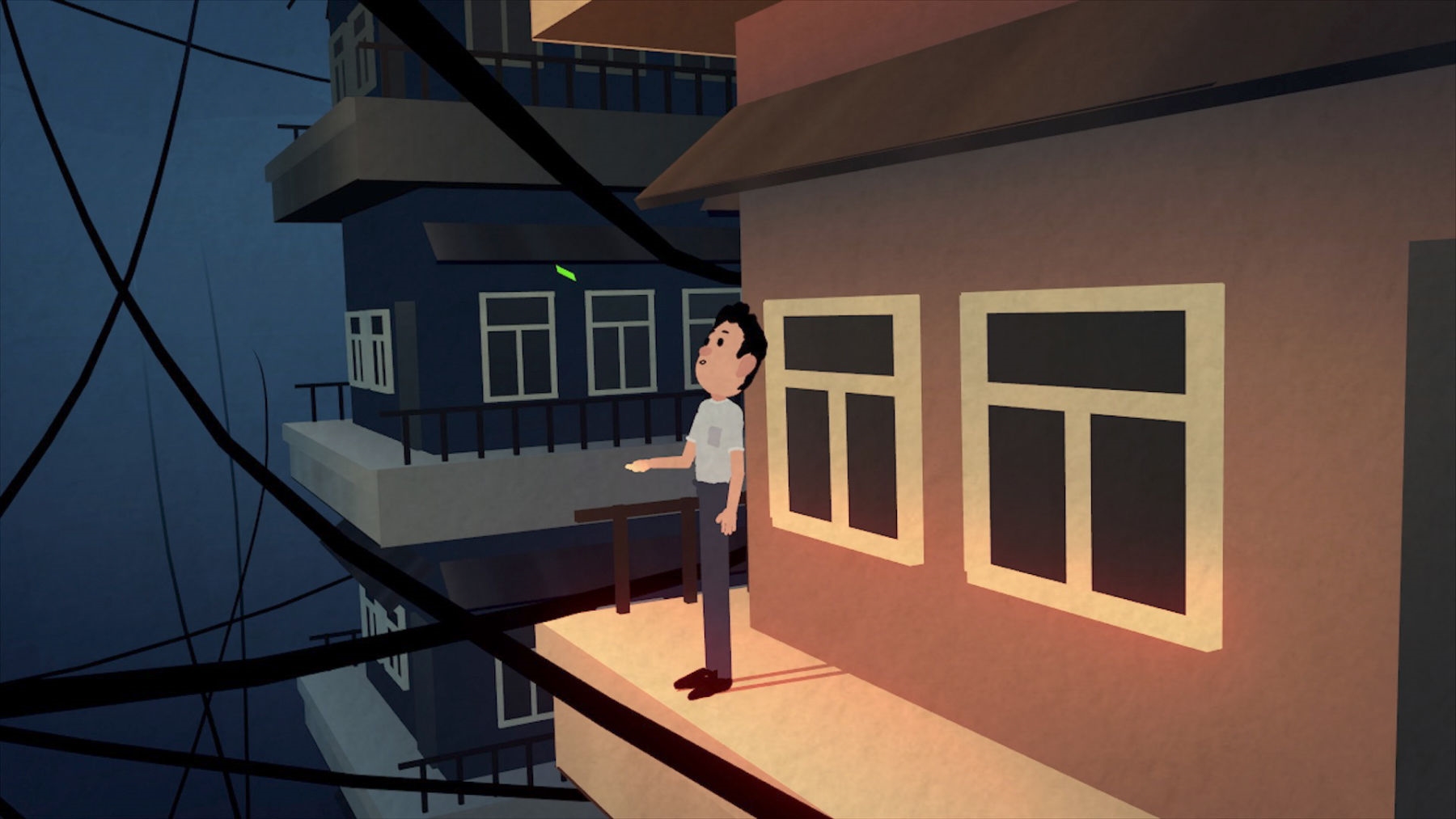 The scale and quality of the work astounded Facebook, too. Fujita contacted Ren immediately and asked him to write a Quill blog post explaining his process. “I almost jumped out of my chair,” Ren said. “It’s really nice, because I know I can share the workflow, the challenges, and how to deal with them to the community. That feels really nice.” The film also precedes an update to Quill that will simplify long-form filmmaking in VR. “You’ll be able to sequence the whole movie very soon in some release,” Inigo Quilez, product manager and lead engineer at Facebook wrote in a comment.

“The potential of this tool will be so much better in the next few updates,” Ren said. “[Facebook] have told me, through emails, about the ability to tell longer stories using Quill. I’m really excited about it.”

The VR artist will graduate from the Rhode Island School of Design later this spring. He’s now planning a short series, with possibly one-or-two-minute episodes, that will be painted and animated inside Quill. “I’ve already started doing the pre-production,” he teased.

Ren had a personal project on Instagram, called Planet Diary, where he would paint 3D globes and write short captions about their fictional people and characteristics. In December 2016, for instance, he drew a blue sphere called Kicage and wrote: “Kicage, an ice world where residents have to migrate back and forth between north and south to avoid the flood created by the melting ice.” Ren wondered if he could use Quill to visualize one of his fictional worlds. The student was attracted by the tool’s speed, which enabled 3D animation without traditionally complex modeling, rigging, texturing and lighting.

“All of those things [normally] take such a long time to do,” Ren told Engadget. “But in Quill, you can do all of that just by painting.”

First, he practiced a little by painting his hometown of Huabei in China. The finished loop, posted to Vimeo in May 2018, covers a busy intersection with an Apple store, Starbucks cafe and various quadcopters hovering overhead. It’s a rough, but comprehensible piece filled with animated billboards, street food merchants and children playing handheld game consoles. “You can see a lot of experimentation in that one,” he explained, “as I try to create this immersive, city-vibe feeling.”

That same month, Facebook art director Goro Fujita released Beyond the Fence, a Quill animation designed for the company’s social Facebook Spaces application. A 2D version, which runs for two minutes, was also posted to Vimeo. Ren was inspired by the short but endearing story, which tracks a small robot as he tries to escape a rust-covered junkyard. Up until that point he had only seen short, GIF-like loops. “So I thought, ‘Oh, it works,'” he said.

Ren knew from the beginning that he wanted to paint a world that still relied on cables for charging and global communication. “There are probably no batteries,” he explained. The student imagined a dense forest that was packed with wires instead of luscious vines. To make a satisfying movie, though, he needed a story with some kind of ‘change’ in the characters or environment, as well as an abstract element, or sequence, to make it feel artistic and expressive.

He decided early on that there should be a scene with an airplane attached to a giant wire. “Because that’s the beauty of this setting, that everything has to be connected by cable,” he said. The rest of the story took a little while to come together. Ren considered a boy with a pacemaker who wants to escape his town but is physically tied to the house he grew up in. It was a complicated idea, though, and after talking with his teachers he scaled it back to a curious boy who notices a colorful butterfly outside his balcony.