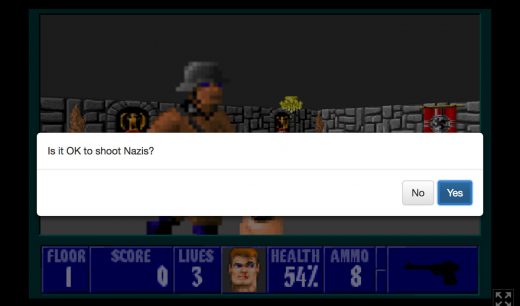 Game developer Ramsey Nasser put a timely spin on classic MS-DOS game Wolfenstein 3D. “People have been asking if punching fascists is OK, ” he wrote on Twitter, “so I made a game exploring that question.” The result of his little project is Dialogue 3D — it’s still Wolfenstein, but every time you’re about to shoot a Nazi, a dialogue box pops up. Before you can pull the trigger, you’ll have to answer questions like “Is it OK to shoot Nazis?” or “Is it okay to deny fascists a platform?” or “Wouldn’t peaceful protest be more effective?”

Nasser is, of course, talking about the Inauguration Day attack on Richard Spencer, an “alt-right” leader who dreams of “a new society, an ethno-state that would be a gathering point for all Europeans,” who wants to ban interracial relationships and who supports “peaceful ethnic cleansing.” Spencer was punched on the head in front of a camera while being interviewed, and it had people asking if it’s OK to “punch a Nazi.” Even The New York Times ran a story tackling that very question — this is Nasser’s take on the whole situation.

You can play Dialogue 3D on its website since it’s based on the HTML 5 port of Wolfenstein. But you can also download it if you want to shoot Nazis (or not) anytime you want.

People have been asking if punching fascists is OK, so I made a game exploring that question. Enjoy Dialogue 3-D https://t.co/VH0lZ37H2E pic.twitter.com/caaPUUDMfM 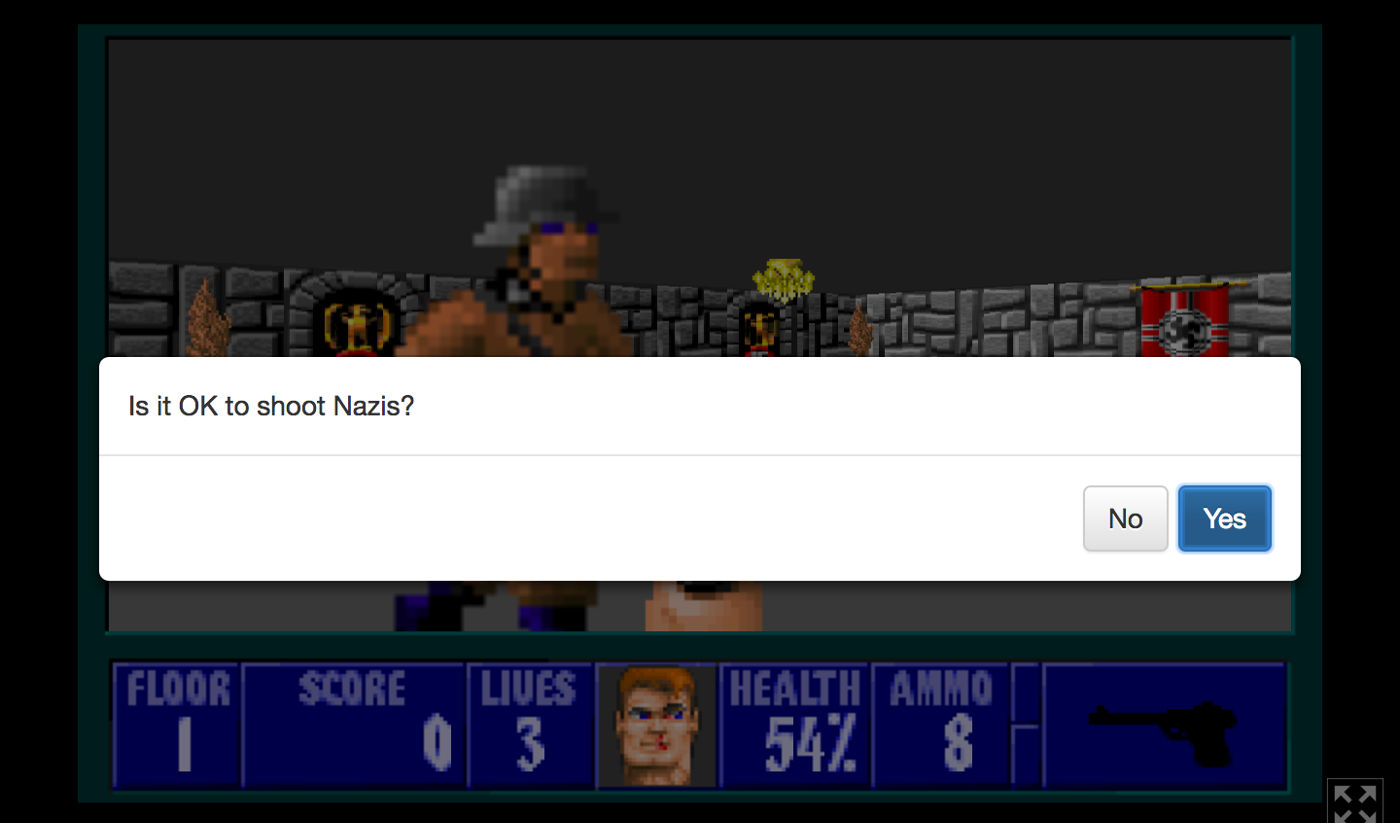