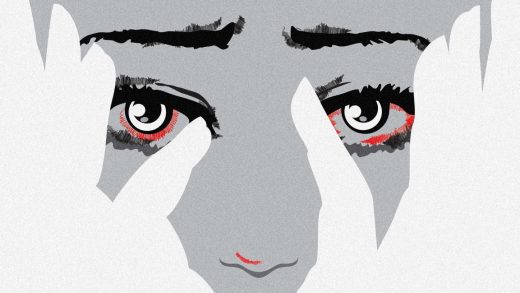 Women are drowning in unpaid labor at home. Stop making them do it at work

By Minda Harts and Sarah Lacy and Eve Rodsky

Corporate America: We need to talk about your Employee Resource Groups (ERGs).

We became familiar with ERGs when many welcomed us to speak on the gender and racial justice themes we write about in our books. As one of the most powerful trends in the U.S. workplace, ERGs are a way for underrepresented groups to band together to help recruit more talent like them into their companies and make sure that talent feels supported and gets promoted. ERGs act as advocates, so no individual has to stick their neck out alone. Some groups have tens of thousands of members and in some of the best-run ERGs, these groups even identify new customer segments and products for neglected demographics that result in more revenue.

While these groups offer many impressive outcomes like “the best professional development events of my career,” “meeting my most important mentor,” “connectivity to others with similar experiences,” or “a safe community unlike HR,” (all responses from ERG members we surveyed), the work is unpaid, invisible work done primarily by women and people of color.

We recently spoke with Susan, the head of the Womxn group for a multinational corporation, and asked her how many unpaid hours she worked to put together one ERG event. “About 13 hours if you consider the emails getting buy-in from senior women from four teams all the way to prepping speakers for the stage and now Zoom,” Susan replied effortlessly. “I was asked to lead the group as a favor for my manager, but I now really enjoy this work.”

Multiply 13 hours by hundreds of companies, thousands of events meant to help and inspire underrepresented groups within those companies, and untold hours of work completely unpaid and mostly unseen. It’s an irony that’s not lost on us: Even as authors, we ourselves benefitted from the unpaid labor of women in order to tell companies why they need to stop requiring so much unpaid labor of women.

ERGs don’t just offer wine and cheese receptions with authors. ERGs increase the recruitment, retention, and inclusion of underrepresented groups. In recent research commissioned by Chairman Mom of 700 American women of all age ranges, income levels, nearly 90% of women aged 18-60 say being a part of a women’s or family ERG has made their lives better at work. Women—especially in the age range of 18-29—consider company ERGs when choosing where they want to work. Even though fewer than 30% of companies have them, nearly half of women aged 18-44 say the existence and quality of an ERG at a company would impact where they work. While our data are specific to women and women of color, ERGs often include South Asian, Latinx, LGBTQI+, and people with disabilities among the affinity groups as well.

ERGs are even more important than ever when you consider the reckoning of race and the reimagining of the workplace due to the current COVID crisis in America. Companies have massive diversity and inclusion problems not just with women and Black employees in leadership positions but with all groups other than white men. In fact, research by Glassdoor found that Diversity, Equity & Inclusion (DEI) jobs had declined by 60% before the recent protests—suggesting that in times of disorder, DEI was considered a nice to have, not a must-have.

ERGs are a microcosm of Corporate America’s inability to significantly move the needle on diversity and inclusion. Fewer than 30% of the women we surveyed said that anyone at their company was compensated to run an ERG, despite the massive impact they have on morale, retention, and recruitment within companies.

In addition to recruitment, ERGs create psychological safety, which leads to retention and advancement. One sample mission statement of an ERG reads: “creating a safe, inclusive community to build connections and share resources, information and insights and support each other’s unique journey.” Professor Darby Saxbe, an associate professor of Psychology and gender expert at USC says, “Psychological science has demonstrated, over and over again, the benefits of social connection for both physical and mental health, especially now in this time of great uncertainty and stress. And we know that when employees feel more connected at work, whether to mentors or colleagues, they work harder and are more loyal.”

In other words, ERGs aren’t some fluffy, feel-good extra. They create real, measurable benefits for companies. Employers who value ERGs—which means paying the people who run them fairly—will see benefits to productivity and retention that outweigh that investment.

A pre-COVID LeanIn.org study showed that less than 31% of managers aren’t paying attention to employee well-being, yet ERGs do. Minda receives multiple requests a week from ERGs to facilitate dialogues on racial justice because it’s the only place within many companies where women of color feel safe to articulate their trauma. Not only do they work in an environment where often they are the only ones or among a few, but their ERGs also have no budgets for external resources.

A profound question remains: Why are women, who earn 50 to 80 cents for every dollar non-Hispanic white men earn, often taking on more unpaid responsibility? For that matter, why are women of color stepping up to lead ERGs when studies also show that they lose up to a million dollars in lifetime wages in the same jobs as their male peers? Especially when those companies are getting real, tangible, and valuable results from that unpaid labor?

“I have worked with dozens of companies and I know how hard it is for ERGs to get a budget to pay their speakers, to get a budget, period,” says Michelle Silverthorn, CEO of Inclusion Nation and author of Authentic Diversity: How to Change the Workplace for Good. “These employees are working overtime to make companies fairer and more accessible for everyone, to create an environment centered on equity and inclusion,” she explains. “If you are truly looking at me and telling me DEI matters to your company, then I am telling you that there are hundreds of people doing the backbreaking work of equity for free, in addition to their full-time jobs.”

One reason may be found from the research in Eve’s book Fair Play which shows that as a society, we guard men’s time as finite like diamonds and treat women’s time as infinite like sand. This time-value discrepancy shows up as women are paid less than their male counterparts for the same time in the office, do two-thirds or more of the invisible work at home, and are responsible for more non-promotable at work tasks.

According to one Harvard study, women doing more in the workplace is not driven by women being more selfless, but by both men and women regarding men’s time as more valuable. There is also more pressure for women to accept these tasks at work because they fear negative rapport. Research shows that men and women are more likely to ask women to volunteer for tasks in the workplace, especially when the tasks do not affect their evaluations at work.

Companies are essentially getting rewarded with free labor while they fail to support families and women. ERGs are very real networks that require skilled internal champions. Yet many researchers still argue it’s a net drain on women’s careers, even potentially hurting their ability to get promoted because it takes time away from the job they’re getting evaluated on.

Companies pay for what they value. So what message does it send when companies won’t pay for these groups to be run well?

YouTube CEO Susan Wojcicki wrote about this in a Vanity Fair piece called “How to Break up the Silicon Valley Boys’ Club.” She lists paid staff running groups that support any underrepresented employees as the second most important thing companies can do to change things in Silicon Valley.

“Women’s groups have been a lifeline throughout my career, giving me a place to find inspiration, build friendships, and seek support during difficult times. But these groups take time and effort to organize, and often that burden falls on those who are already at a disadvantage. Underrepresented employees already have to overcome discriminatory barriers in their careers; they shouldn’t be expected to volunteer their time to help their companies do the same.”

In order to move the needle toward meaningful inclusion and deep diversity, these are some actions leaders can take right now:

Recognize that ERGs are an important part of retention and advancement for women and underrepresented communities.
Commit an active executive sponsor who is committed to the success and development of their ERG. Success is not a solo sport.
Create an organizational business case for creating ERGs and recognize that they alone cannot drive systemic change and should support the larger company mission.
Create a significant line item for ERG budgets. Psychological safety should be a part of a company’s foundational tenets as they are making public and internal commitments toward equitable solutions for all employees. It is hard to create a “safe space” if the resources are not available.
Don’t wait for ERG leaders to ask and approve. That just takes more invisible work.
Increase the salary or yearly bonuses for ERG leaders.
Include ERG involvement in quarterly and yearly reviews and evaluations as criteria for promotion.
Hire full-time employees to support your ERGs.
Rotate other invisible work amongst a team. If you ordered the boss’s birthday cake, then the next person on the list can organize the team’s happy hour.

ERGs may be the fastest, most scalable option to attract, retain, and invest in diverse employees. Brag about them. Measure the difference and publish the results. Challenge your peers to also compensate their ERG leaders. Companies that want to take the first step to be more than a performative ally need to value and pay people for the time it takes to make ERGs a reality.

Minda Harts is the CEO of The Memo LLC, author of The Memo: What Women of Color Need to Know to Secure a Seat at the Table, and an assistant professor at NYU Wagner.

Sarah Lacy is the founder and CEO of Chairman Mom, founded Pando.com, and is author of A Uterus Is a Feature Not a Bug: The Working Woman’s Guide to Overthrowing the Patriarchy.

Eve Rodsky is a lawyer, founder of the Philanthropy Advisory Group, and author of the New York Times best-selling book, Fair Play: A Game-Changing Solution for When You Have Too Much to Do (and More Life to Live). 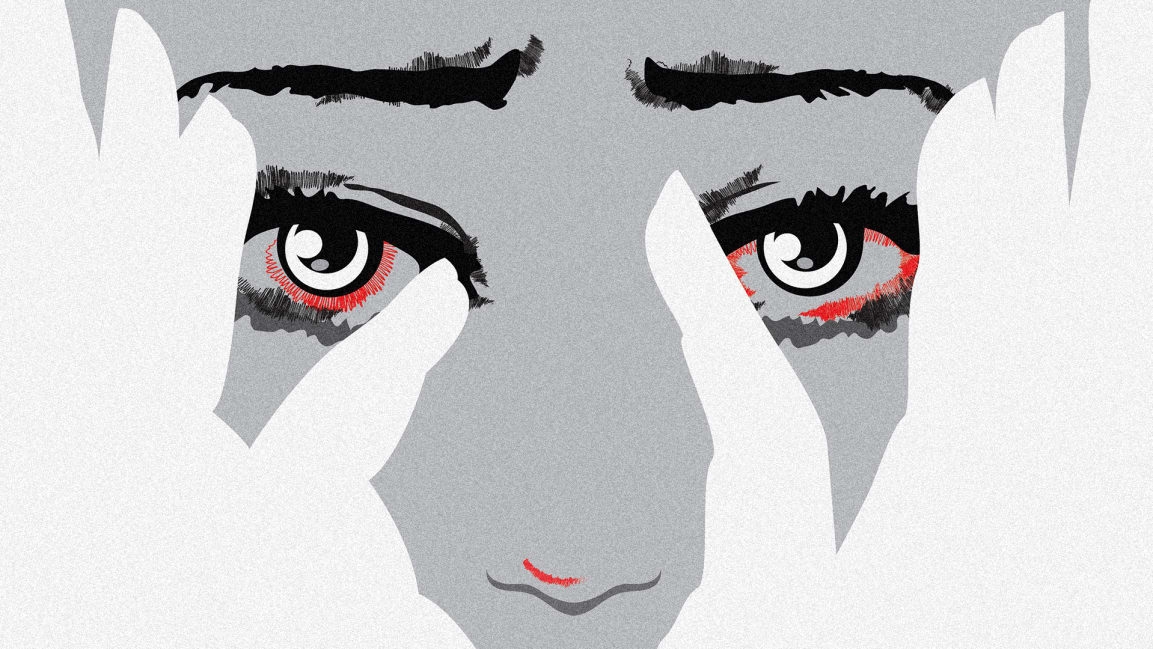