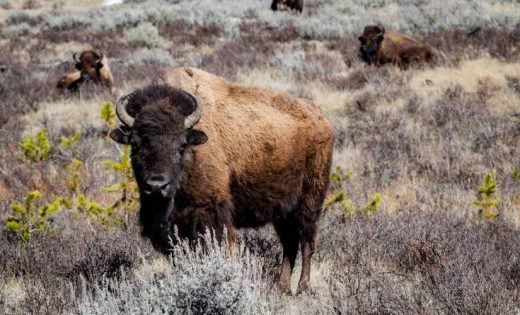 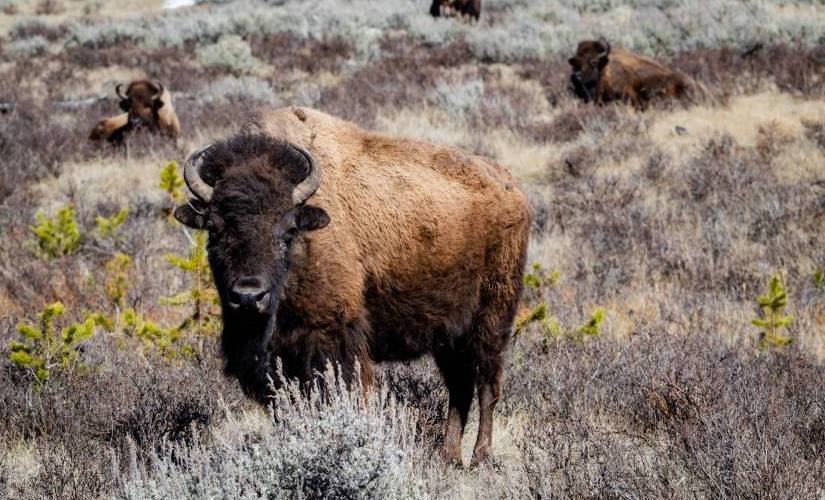 Blockchain entrepreneurs are now poised to build a CityDAO on Wyoming land. Where they will begin prospecting for cryptocurrency.

A new era for cryptocurrency mining.

To build the CityDAO the company is applying an updated Wyoming law. Recognizing the group as a corporation to speed up the process. Cryptocurrency markets have proven to be pandemic-proof so far.

Registered companies in the state of Wyoming, since last July, can now include DAOs (Decentralized Autonomous Organizations.) Members of such a group can vote on policy through the use of tokens.

One DAO which has ambitions of establishing a blockchain-based city has claimed to have purchased the property in the state.

“Today, CityDAO is officially the first DAO to own land under the new Wyoming DAO LLC statute. It’s just an initial step,” CityDAO tweeted. “This area is actually a prototype parcel, and it’s not the most ideal location, and doesn’t have abundant natural resources. It has a well for water, a flat space for construction, and is just 45 minutes from the airport.”

According to the blog post, the property is located in northwestern Wyoming situated close to the Montana border and close to Yellowstone National Park.

A CityDAO is an initiative that is marketed as “building cities on the Ethereum blockchain.” CityDAO provides a fundamental kind of citizenship by purchasing 10,000 NFTs at .25 Ethereum (~$ 1000) — which will grant access to a Discord Server, voting rights, as well as the possibility of settling land.

A person who bought a single NFT is a First Citizen. Purchase price- 6.52 Ethereum — which granted the right to designate the land’s first parcel. It also provides an initial access right to “land drops.” Founding Citizens purchase one of the 50 NFTs at a starting rate of 10 ETH. They allow access to land drops as a First Citizen. With voting rights and access to Discord as well.

A land purchase would put CityDAO far ahead of other efforts by many factions to establish autonomous zones and cities. Many of them, like Liberland–situated on an uncontested area of land that lies between Serbia and Croatia — have no residents. If you look closer, however, it is evident that there are problems with this.

As of September DAO members were selecting the blockchain land they wanted to purchase in Wyoming. It was priced under $ 150,000, ranging from 5 to 100 acres. There are “minimal regulations to allow for maximum freedom.” They chose two parcels with easy access to the road and were fairly large. The land Includes mobile homes as well as camping, RV parking, and hunting. The parcels had minimal water sources. There were also zoning restrictions.

Blockchain in the desert.

A post reveals an annual map of precipitation which reveals the fact that if there is no water on the site. Things could get difficult because it rains anywhere from 6 to 10 inches every year on the spot.

The city has some land with available water. The city considered, voted, and bought the land. It is the same piece of land on which you can see the CityDAO video of the flag is flying situated, a 40-acre parcel of land located in the northwest region of Wyoming located on an elevated hill.

The debate over which piece of blockchain land to purchase went in a variety of unexpected directions. In mid-October, when discussions over new land parcels began to intensify, DAO members began to think about a previously-thought-of idea. Purchase Kanye West’s 3,888-acre Wyoming ranch worth $ 11million or about 3000 ETC. “Currently it is unclear what we will do with the property,” said the original poster. The posters also mentioned it was because Kanye is unpredictable.

Civic management is key. Will all residents be citizens? And do all citizens have to be residents?

DAOs are recognized as general partnerships. So every member of a DAO is potentially responsible for any debts or any legal proceedings through the DAO. The main benefit Wyoming DAOs get is an insurance policy that shields members from lawsuits. And recognizes the community as a business entity.

The law also differentiates between two kinds of DAOs, namely those that are run by members, and those “managed” with algorithms. The former is just an LLC, where the DAO determines who is responsible for different roles within the company. An algorithmic DAO has no clear legal status. However, any DAO already controlled by an intelligent contract can be registered whatever the terms of the contract are.

One Coindesk editorial offers a positive outlook regarding DAOs and their regulations. They are currently formally establishing DAOs legally recognized status.

“For instance, we are anticipating Wyoming adopting legislation in the near future — which will legalize DAO structures within corporations trusts, foundations, trusts as well as other corporate entities,” writes Andrew Bull. “The Wyoming DAO Law not only safeguards the stakeholders of the business. But also permits the traditional judiciary system. To examine and confirm the legitimacy of blockchain-based transactions as well as smart contracts. Valid documents that ownership or transfer.”

The past has proven that decentralization and digitization by themselves don’t instantly make a difference to the operation and politics of the system. Indeed digitizing public services could (and can) frequently take these services away. And turn them into investment vehicles that seek to make money. That slowly reduce the coverage, limit access, and also increase the cost of services.