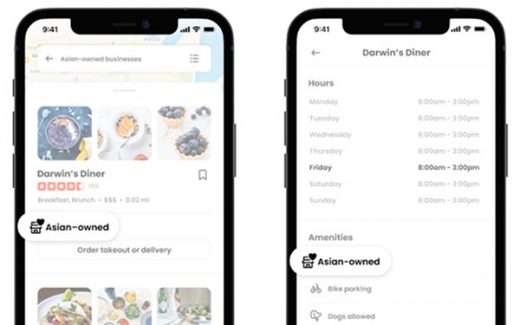 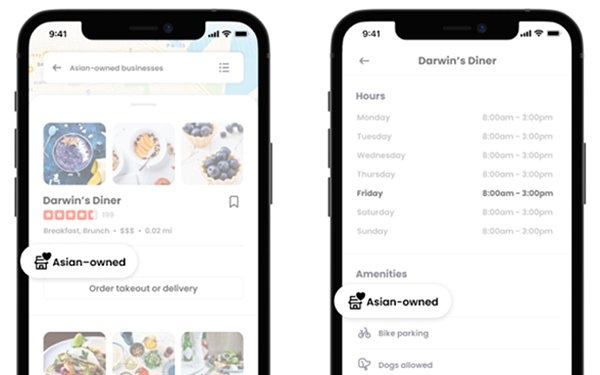 With the escalation of anti-Asian hate crimes and violence across the United States, searches on Yelp for Asian-owned businesses rose by 130% in February 2021 vs. the same period the year prior.

Yelp this week introduced a way for proprietors to identify their business as Asian-owned if they choose, giving consumers a way to support their business through a searchable opt-in only attribute.

A partnership with Gold House, a nonprofit organization that forges the inclusive unity, representation, and success of Asians and Pacific Islanders makes it possible.

To protect businesses choosing to self-identify as Asian-owned, Yelp is monitoring business pages for hate speech against the Asian community to mitigate and remove any hateful, racist or harmful content that violates our content guidelines.

Last month, Yelp CEO and Co-Founder Jeremy Stoppelman called attention to the horrific shootings in Atlanta where eight people were killed by a man who opened fire first in three Atlanta-area massage businesses.

“The rise of hate crimes towards Asian-Americans has skyrocketed over the last year, exacerbated by COVID-19, and there’s never been a more urgent call to come together and do the necessary work to repair centuries-long history of anti-Asian racism in the U.S.,” he wrote in a post.

Stoppelman explained how Yelp will continues its commit to support Asian and Pacific Islander colleagues, correcting the racial inequalities in society, and firmly standing against all forms of racism and xenophobia.

In April and May, the Yelp Foundation will double-amatch employee donations to select Asian American and Pacific Islander-serving organizations that fight to stop Asian hate, and will also double match donations employees made in March. Yelp lists the organizations.