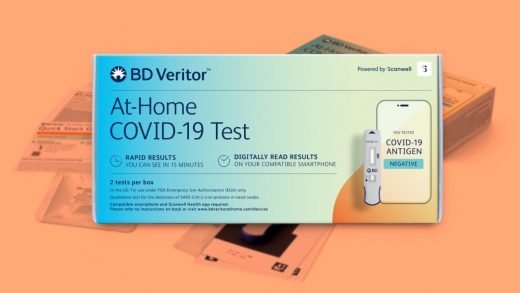 For months, people have struggled to get rapid at-home COVID-19 antigen tests. Now, those tests are coming to Amazon.

On Monday, Becton Dickinson and Co. began selling its rapid Veritor COVID-19 antigen test on the ecommerce site. The Veritor test joins Intrivo’s On/Go test, which launched last week. Both tests make use of an app to explain the testing process and help avoid user error.

These tests could mark the beginning of an influx of easy-to-use, at-home COVID-19 testing, which experts say is necessary to curb the pandemic. Earlier this month, the Food and Drug Administration announced it would approve more over-the-counter at-home tests to make them more widely available. The Biden administration also announced that it would put $2 billion into procuring 280 million point-of-care and over-the-counter at-home COVID-19 tests using the Defense Production Act.

These measures aim to address a long-standing issue during the pandemic: a lack of cheap and widely available COVID-19 testing. In an op-ed for The New York Times, Drs. Michael J. Mina and Steven Phillips explain that this gap prevents Americans from answering the simple question: Do I have COVID-19 or not? Rapid antigen testing, they argue, is necessary for the safe resumption of everyday activities while COVID-19 is still present. “Past economic analyses predicted that a major government-funded rapid testing program that reached every American could add as much as $50 billion to the gross domestic product and save tens of thousands of lives or more,” they write.

BD’s Veritor kit comes with two tests for $26.50 and works with an accompanying app called Scanwell, which users must download to take the test. The app supports multiple individual profiles, so a parent can use it for their kids as well. After setting up a profile, the app walks people through the process of taking a nasal swab, putting the sample onto a test strip, and waiting 15 minutes for the result via video tutorial. Using the phone’s camera, the app will read the test strip and deliver a result that can be sent directly to employers and schools. Scanwell’s app keeps a log of users’ health results, which can be shared with other entities, like airlines. (Scanwell Health is a separate company that makes user-friendly apps for testing companies like BD.)

BD CEO Tom Polen outlines three things the technology can address, starting with whether users sample themselves correctly; if the test doesn’t detect a human sample, then the app won’t deliver a result. Second, BD’s test doesn’t require the person taking the test to interpret their test strip. Third, he says, is conveying the results safely and accurately.

There are several other ways the app attempts to preempt user error. It makes you conduct a lighting test beforehand to make sure there’s enough light in the room to capture a clear image of your test strip. It also runs timers to ensure you are stirring your sample and allowing your test strip to develop for the right amount of time.

Up to now, the U.S. has focused on PCR testing, considered the gold standard. A PCR test can detect SARS-COV-2 even if there’s only a very small amount of virus present. But PCR testing must be processed either in a lab or at the point of care and results can take hours to days (Abbott makes a rapid PCR test, but it is hardly ubiquitous). By contrast, antigen tests require more virus to be present in order to get a positive result. Ideally these tests should be taken only when a person is experiencing symptoms. Alternatively, a person may want to take the test more than once.

This is why experts like Mina and Phillips are advocating for inexpensive tests, highlighting how in Germany, antigen tests sell for a little more than a dollar. For people to be proactive in their own lives against spreading COVID-19, they need to be able to test whenever they feel sick—and then test again. In the U.S., antigen tests, at $15 to $20 each, are not nearly affordable enough for people to take a test without considering the cost.

The White House has promised to bring down the prices somewhat. For the next three months, Walmart, Amazon, and Kroger will be selling rapid antigen tests at cost. But that only drops the price by about a third. For example, BD’s test, which is a two-pack, is normally $40, but will be available now for $26.50. Even with that cut, individual tests still cost more than $10, and these reduced prices are temporary.

Americans may continue to face price barriers, but Polen says that supply will not be an issue. He says the company has manufacturing capacity for 12 million tests per month. “It could [sell out], but we’ll quickly be able to refill the shelves,” he says.

Polen says that the company’s at-home COVID-19 test is the beginning of a much bigger at-home testing platform. Already the company has developed a combination flu and COVID-19 test that’s being used at approved pharmacies and doctors’ offices, which he believes could be made into a home test sometime next year. But he sees other opportunities too. “Urinary tract infection, vaginitis, or [sexually transmitted infections] are all things that there’s high interest for people to be able to test for at home,” he says. “Those are all tests that we and other people in the market are looking to bring home.” 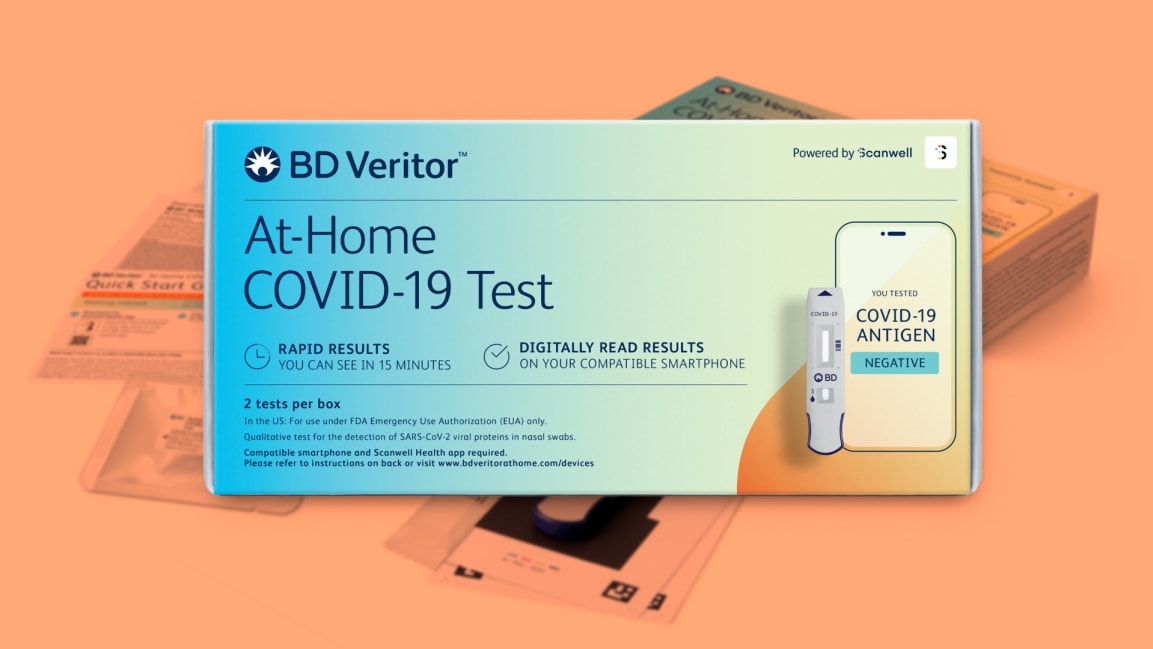