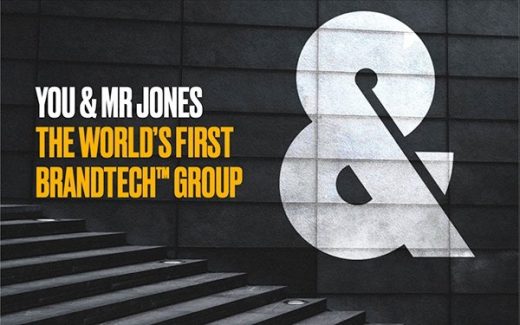 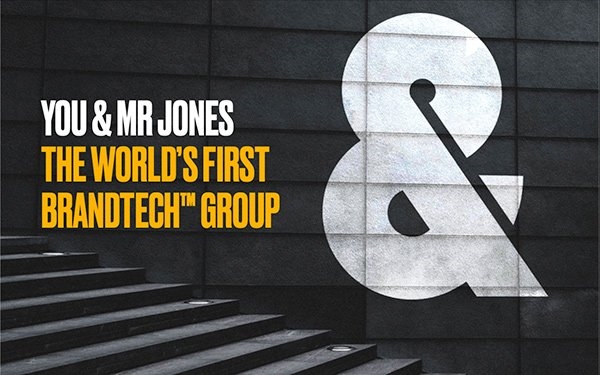 You & Mr Jones announced Tuesday it has raised an additional $200 million to assist global brands harness technology. This Series B round brings the Brandtech group value to more than $1 billion, according to the company.

Since launching with only two founding employees in June 2015, the group now has 3,000 employees in 40 countries and in more than 50 cities and clients include Unilever, Adidas, Microsoft, Reebok, PayPal, Hertz, Marriott, LVMH, Renault-Nissan, Danone, Google and RB.

The funding will go toward global expansion with a focus on the APAC region, evolving the group’s technology platform, and expanding its three core verticals. Those include inside operating systems, data and consultancy, and content related to creation and distribution.

Since launching with only two founders in June 2015, the group now has 3,000 employees in 40 countries and in more than 50 cities and clients include Unilever, Adidas, Microsoft, Hertz, Marriott, Renault-Nissan, and Google.

The group has made six acquisitions since launch and 34 investments in 21 tech companies, including a $20 million investment in Pinterest and participation in every funding round for AR pioneers Niantic–creators of Pokémon GO and Harry Potter: Wizards Unite—since Niantic’s spin-off from search giant Google in 2015

Along with all this success, David Jones, founder and CEO of You & Mr Jones, believes the next decade will see more change in marketing and business worldwide compared with the past 10 years.

“As I landed (December 15, 2019) in Europe, having sent a video using inflight WIFI of an AI generated-version of Deepak Chopra that one of our portfolio companies had created for him, I thought that if you’d said to me at the start of the current decade it would have been possible, I would have said you were dreaming,” Jones said.

Jones believes artificial intelligence and augmented reality will become the two technologies that most impact the next decade. 5G will become a major catalyst for both.

He points to two of You & Mr Jones companies as the most significant players in AI and AR. “We’ve already seen the amazing impact of Niantic with Pokemon Go and their cutting-edge AR tech and Real World Platform,” he said, referring to AI Foundation and their demonstration of Digital Deepak, an AI-generated twin of Deepak Chopra.

Jones believes holding companies will go through a challenging decade during the next 10 years. While they have struggled to deliver as the world moves from TV to mobile, and from traditional to technology, AI and AR are much more difficult to execute on. It’s easy to issue press releases about AI and AR, he says, but much more difficult to deliver tangible campaigns.

“The holding companies can see what they need to do, but it’s very hard to change,” Jones said. “That’s why over $20 billion has been wiped off the market cap of the big players since we launched in 2015. Technology now allows all marketing to be done better faster and cheaper and you can do it with a fraction of the employees because of tech. Sadly, I think things are going to get worse for the holding companies, not better.

Investors in the latest round include Baillie Gifford, which also invested in the Series A round, and has major holdings in Amazon, Tencent, Alibaba, Tesla and Netflix.