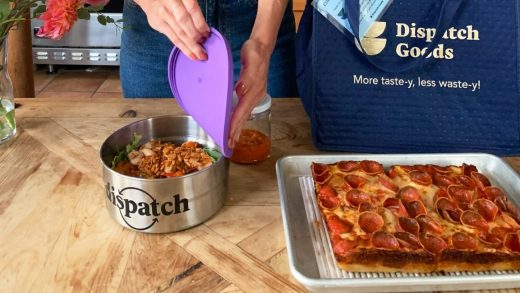 You’re generating so much waste with your food deliveries. What if it came in reusable containers instead?

On a hike to a remote beach while living in Hawaii five years ago, entrepreneur Lindsey Hoell noticed from a distance that the sand looked colored. “I picked up a handful of it, and it was [full of] microplastics,” she says. “It clicked in my mind that this wasn’t an issue of people littering.”

One of the sources of ocean plastic: single-use takeout containers. Hoell was working in healthcare at the time, but volunteering to help restaurants improve sustainability, and saw that restaurants didn’t have a good option for takeout and delivery orders. “They were all various shades of bad,” she says. “There really wasn’t a sustainable option.”

So in her new startup called Dispatch Goods, Hoell is testing a new approach—reusable takeout containers that can be given to customers, returned for cleaning, and then used again by the restaurant hundreds of times.

The startup began working with a handful of tech companies in San Francisco in late 2019, partnering with restaurants near office buildings so employee lunch orders could come in reusable containers. Employees dropped off the containers in return bins on each floor, and Dispatch Goods collected them, cleaned them, and redistributed them to restaurants. The system was working, but then the pandemic hit—and the startup had to pivot to the more complicated problem of retrieving takeout containers directly from individual homes and apartment buildings.

Now it’s starting to work with delivery companies. “When we were interviewing restaurants, they all said the same thing, which was food delivery apps have changed the industry so drastically—both the amount of waste creation, but also the business model,” Hoell says. “And if we were going to tackle this, we really needed to integrate with the delivery apps.”

In a new pilot with DoorDash and a San Francisco pizza restaurant called the Square Pie Guys, the company is now providing reusable pizza containers—in this case, a hacked cookie tray with a lid, because the startup hasn’t found a suitable reusable pizza box—and smaller steel bowls for side dishes. Customers select the reusable option at checkout, paying a small fee, and then leave the containers outside in a reusable bag; the startup takes a loop through the neighborhood for collection, like curbside recycling. Eventually, the company plans to offer a subscription that consumers can choose for regular pickup.

In the pilot with DoorDash, the usage rate is exceeding targets, as customers ordering record levels of delivery look for ways to avoid corresponding piles of trash. Hoell says that customers say they also prefer the aesthetics of the steel containers. “I feel like we’ve gotten so used to eating out of garbage that we forget what it’s like to eat out of nice containers,” she says. “That’s one of the reasons that chefs want to work with us. They’ve gone through all of this to create beautiful dishes, and putting them in something that is used an average of 12 minutes and then ends up in a landfill—I don’t know that it represents their food properly.”

She thinks it’s feasible for single-use takeout containers to eventually be fully replaced by reusables. One restaurant that it will partner with, Zuni Cafe, is considering a plan to shift fully to reusable containers and include the cost in the cost of the food. The startup now has a waiting list of restaurants that want to use the system as the company scales up. “Compostables are more expensive than washing a dish,” she says. “And once we get to a certain point with collection, there’s not a large increase in cost per container to process it,” she says. “It makes sense that we could replace single-use.”

Came Containers Deliveries Food Generating Instead Much Reusable Waste You're 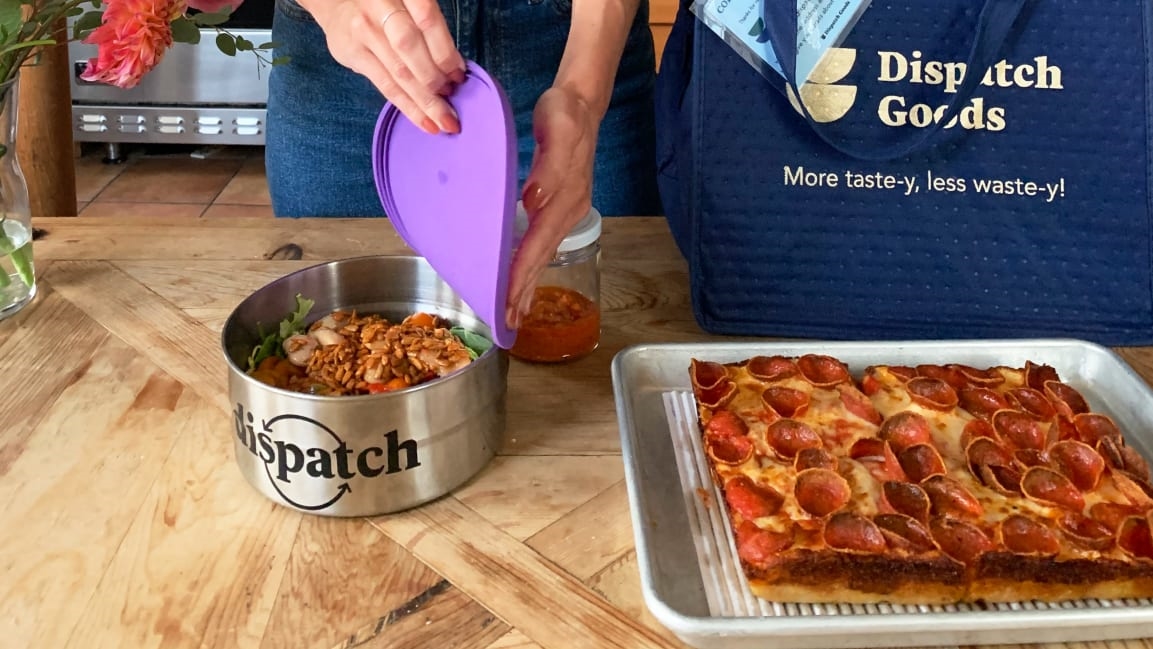