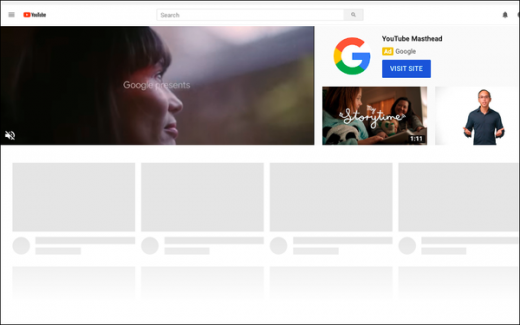 YouTube Rolls Out Masthead Ads In App After Tests With Fox

YouTube Rolls Out Masthead Ads In App After Tests With Fox 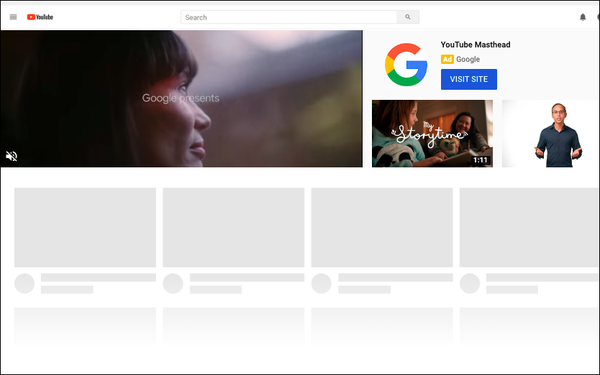 YouTube Masthead ads are now available for TV screens in its TV app for all advertisers to buy on a CPM basis, an advertising format the video company began testing in September.

Fox has been testing the Masthead ads on TV screens during the past month as part of its strategy to drive awareness for their hit show, The Masked Singer.

This is another ways to brands must find new opportunities to get in front of consumers via their TV, specifically reaching those who choose to cut the cord. “This first-of-its-kind initiative reaches viewers where they live, right at their point of viewing,” states Natalie Park, VP of Media, Fox.

The ad format appears across the entire top portion of the TV app, expanding to full size when a user hovers over the ad.

Google gave brands the ability to preview the Masthead with videos and custom features by typing in a URL or video ID and by adding a headline, writes Anish Kattukaran, product manager at YouTube Ads.

The masthead ads automatically play a few seconds after the advertisement serves up in the app. Brands can target the ads to customized audiences.

In September, when the company announced the feature, it reported a 10% greater lift in recall on YouTube Ads on TV screens, compared with ads on linear TV, after running an experiment with Media Science.