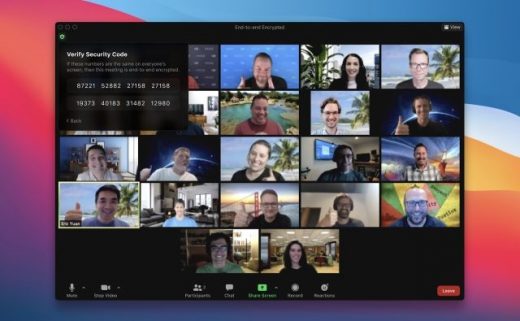 Zoom is getting into ticketed online events 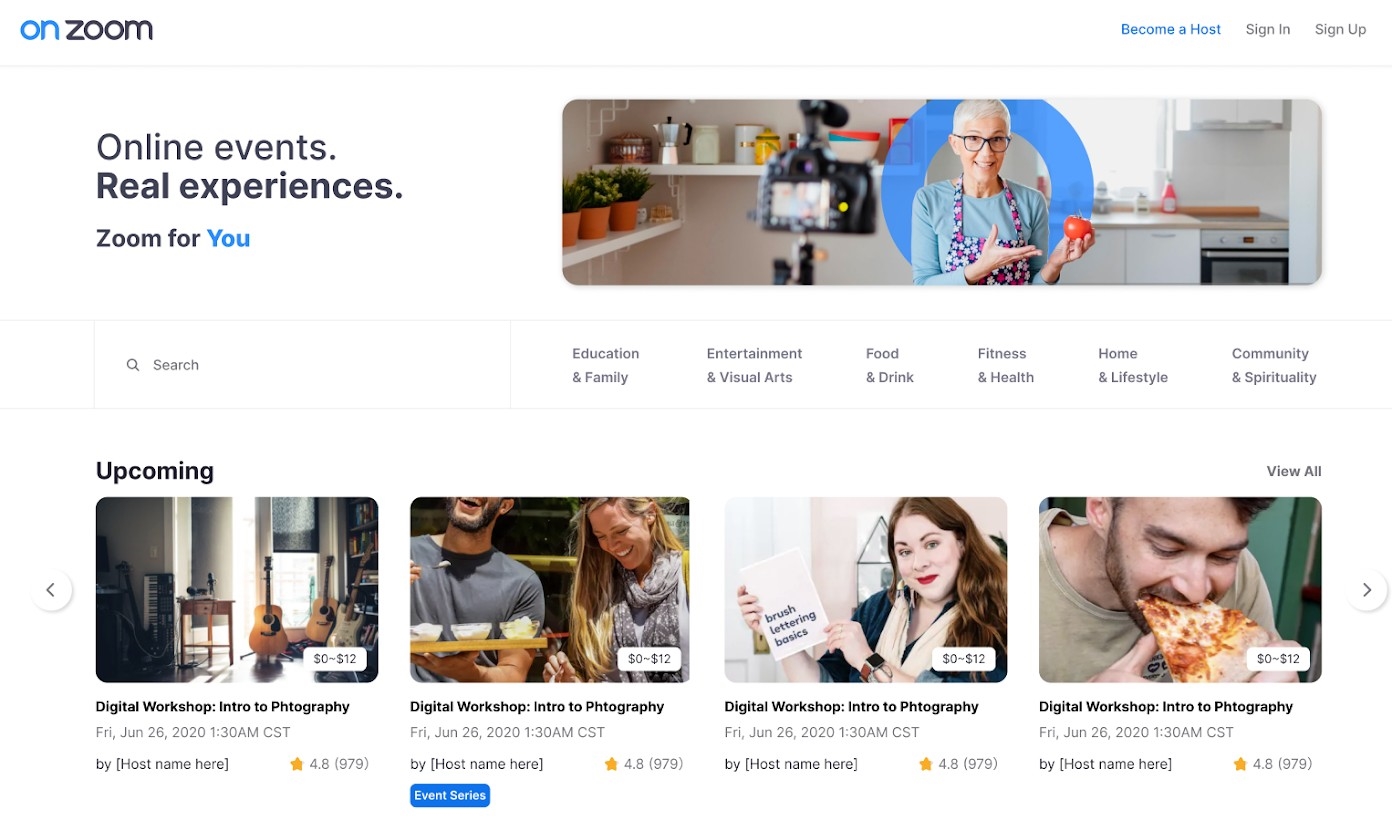 By this point in the pandemic, chances are you’ve already used Zoom to not only attend work meetings but to take part in classes and workshops. So it should come as no surprise Zoom plans to capitalize on that trend. The company has started beta testing a new service called OnZoom that allows Zoom users to host and monetize online events.

If you’ve used apps like Eventbrite and Meetup, what’s on offer here will be familiar. As an attendee, you’ll find a space where you can discover new workshops, classes and other events to attend. You’ll be able to take part in them directly through Zoom and pay for them using a credit card or PayPal account. You also have the option to gift OnZoom tickets to your friends and family members.

The company told NBC News it won’t take a cut of ticket sales during the beta, which it expects to at least continue through to the end of 2020. But it’s worth noting only paid Zoom users can host and monetize virtual events at the moment.

Zoom is by no means the first company to try and make money off the concept. In September, Google’s Area 120 incubator released Fundo, an app that allows YouTubers and influencers to host paid online events. Even earlier in the pandemic, Airbnb started offering online versions of its experiences workshops and tours. Naturally, you attend those through Zoom.

In a separate blog post, Zoom announced it will finally start rolling out end-to-end encryption (E2EE) to users next week. End-to-end encryption won’t be turned on default; you’ll need to dig into Zoom’s settings to enable the feature. What’s more, everyone in a meeting has to have the proper settings before Zoom will use E2EE. You’ll know if you’re in a call where that’s the case if you see a green shield icon at the top left of the interface.

In phase one of Zoom’s E2EE rollout, you also won’t be able to use certain features if end-to-end encryption is enabled. For instance, you won’t be able to take advantage of Zoom’s live transcription tool, nor can you join before a host, among other limitations. One last thing to keep in mind is that in phase one end-to-end encryption will only be available through the Zoom desktop client, mobile app and Zoom rooms. The company says it plans to start phase two of the rollout, which will include better identity management, at the start of 2021. In all, its E2EE rollout will consist of four phases.

event's Getting Into Online ticketed Zoom 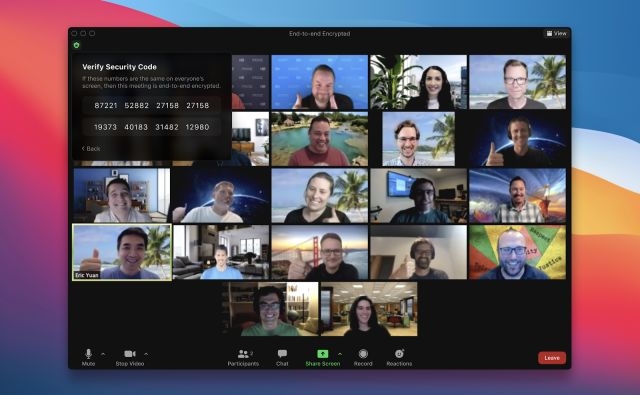