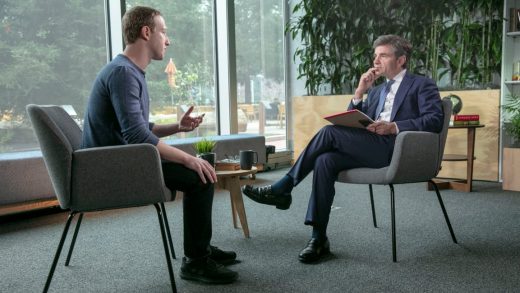 Less than a day after news broke that Facebook had yet another data scandal on its hands, Mark Zuckerberg sat down with George Stephanopoulos on ABC’s Good Morning America to talk about everything from the fallout over the Facebook live-streaming the mass shooting in Christchurch, New Zealand, to the 2020 U.S. presidential elections. Here’s what Zuck had to say about . . .

The possibility of delaying live streams on Facebook: “But it would also fundamentally break what live streaming is for people. Most people are live streaming, you know, a birthday party or hanging out with friends when they can’t be together. It’s one of the things that’s magical about live streaming is that it’s bidirectional, right? So you’re not just broadcasting. You’re communicating. And people are commenting back. So if you had a delay, that would break that.”
On groups using Facebook to spread disinformation during the upcoming 2020 elections: “What I can guarantee is that they’re definitely going to try. That’s what we’ve seen. So our job is to make the defenses stronger and stronger, to make it harder for them to do what they’re doing, and to build the right partnerships with other folks in the industry and in the intelligence community, so that way, together, we can get a good sense of what is going on out there and help keep this safe.”
On Facebook’s plan for an independent oversight board to determine what content is acceptable on the platform: Zuckerberg said the 40-person-strong board will have a “judicial structure” comprised of experts on “free speech and safety.” Per Zuckerberg: “If you’re in the community, if we take something down that you think is valid expression, you’re going to be able to appeal that to this oversight board. And they’re going to have the binding authority to make a decision.”

You can check out a clip from the interview below: 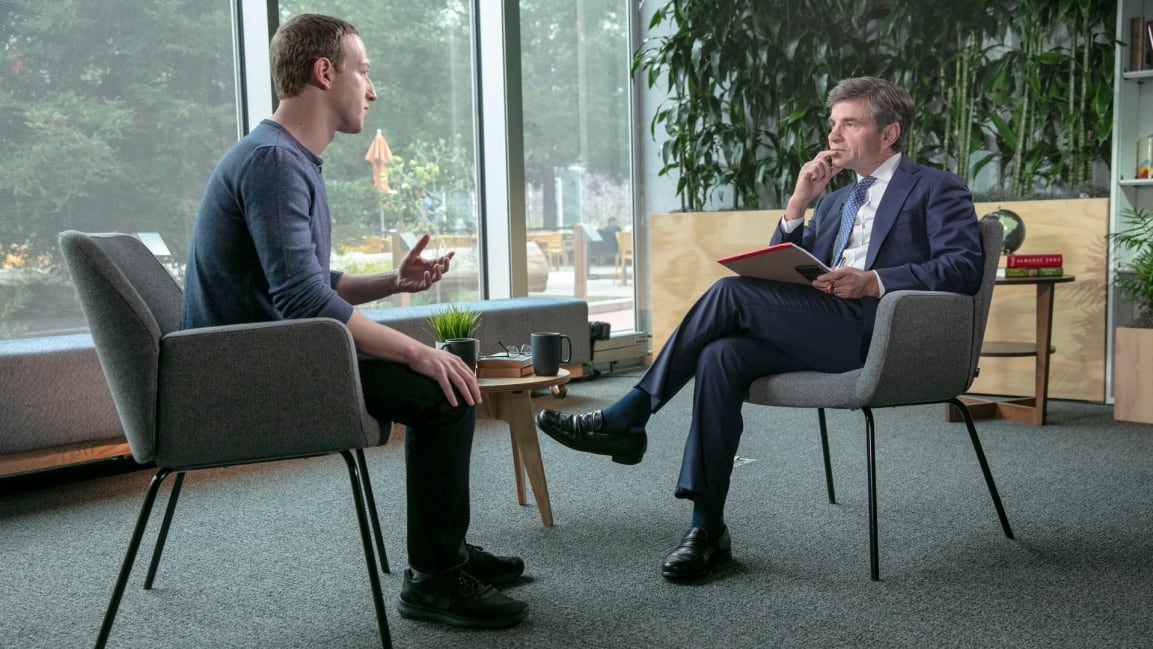