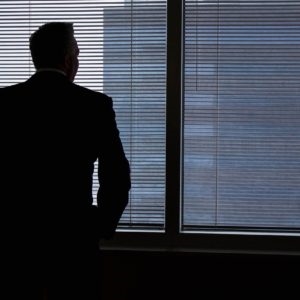 When many companies start implementing customer relationship management (CRM), they dive right into the deep end. But when you’re implementing a CRM system, you must take a lot of steps to get the most from your system. So you should start by testing the waters and making sure you can swim.

When it comes to CRM, you shouldn’t be slacking. Instead, think about these 5 things you may be lacking:

When it’s time to implement CRM, it’s common for companies to only plan for the near future. They know they have an immediate need, and they want to get things rolling. So they figure they’ll deal with the rest later. But if you don’t plan for the future, it can cause headaches before you get very far down the road.

When you’re only thinking about your current needs, you may choose CRM software that doesn’t have advanced features—from software integrations to forecasting. And even if it does have these features, it might be out of your price range. Nevertheless, you could need these capabilities someday.

Your CRM should change and evolve with your business. But it can’t do that if you aren’t thinking about the future. However, good CRM is designed with company growth in mind, which allows for expansion, refinement, and other future needs.

Without a plan for the future, companies often overlook the need to break down their CRM project into phases. For instance, planning the system is one distinct stage. Other stages include user testing, design revision, and employee training.

If you try to rush the process by combining or skipping these stages, you’ll usually end up with serious problems later in the implementation. To keep the overall process moving smoothly, it’s essential to keep each stage manageable and make sure it has realistic timelines.

This process sounds simple enough: You implement the system and train your employees. You’re all set, right? Not quite. While some companies invest in training when they first roll out a new system, they don’t keep it up after that initial training.

If you’re rolling out a Phase 2 (or 3 or 4), how much training are you dedicating to your team at that point? And how often are you checking in with your team and making sure they understand the system? And if they don’t understand certain pieces, are you carving out the time to walk them through the process?

When companies don’t have ongoing support and training, it usually ends up being a big miss for them. Maybe a user decides it’s not worth the time to figure out how to do a task. If so, he or she could forget about it altogether. So present the information to them, and work with them to keep using the system.

For your CRM system to succeed, everyone involved needs to be onboard. While your sales and marketing departments may be able to easily grasp the value of CRM, the advantages might not be as obvious to other departments. For example, executives may focus more on the costs of a new CRM than its benefits.

It’s not enough for C-Suite planners to acquiesce about trying out a CRM; they need to be 100% behind it. The better their understanding of the value the CRM brings to the company, the more invested they’ll be in its long-term success.

After your executives buy in, you also need your users buy in. If they don’t understand their role in the integration of CRM, they may opt out of using it. Thus, your investment won’t be worth much.

Low user-adoption rates are the root causes of most CRM project failures. It’s common for users to resist new technology. Maybe they’re set in their ways, or they experienced another type of implementation that went poorly. Or they might not feel like inputting data into a new system—because it’s creating more work for them, rather than streamlining their process.

The biggest way to combat this lack of adoption is to consult with users throughout the design and user-testing processes. Then you can ask them how to improve their workflows and implement them into the new system.

If you don’t spring a new system on your team at the last second, they’ll be more invested in it. Instead, they’ll feel like they’re part of the process from the beginning.

You can implement the top CRM software on the market. But if your team doesn’t use it, it won’t go very far. Start by making sure you’re getting the most from your CRM. Then focus on correcting these five lacks.

Jennifer Karpus-Romain serves as Director of Marketing for Intelestream. From journalism to PR to marketing, she has been around the written word for her entire professional life. Previously, she has held roles in the publishing and marketing industries, as well as managing her own content and publishing firm.… View full profile ›