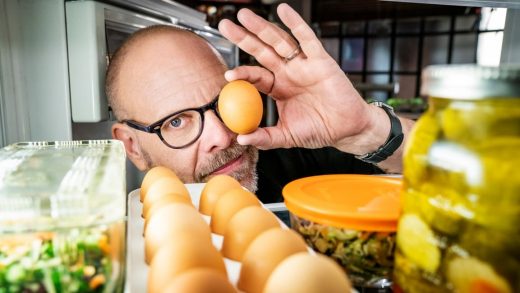 Alton Brown explains why ‘Good Eats: The Return’ is “the best work that I’ve ever done in my career”

Where most TV chefs stuck to running through a recipe with a catchphrase here or there, Brown’s classic Food Network program always dove into the why behind a recipe. Part food science, part quirky skits, Good Eats created its own lane in an increasingly crowded highway of food shows, picking up a cult following, not to mention a Peabody Award, along the way.

It’s easy to see from an outside perspective how Brown has shifted what food entertainment can be, but he doesn’t quite see it like that from his point of view.

“I’m such a tiny player in this,” Brown says. “Even in the Food Network galaxy, if Guy Fieri is the sun, then I’m Jupiter’s moon Io. I’m a spinning, strange little rock. I’m Tom Waits and he’s Britney Spears. I don’t mean that as an insult to him. I mean in terms of popularity I’ve always operated on the fringe and that’s allowed me a lot of movement and a lot of freedom.”

That creative flexibility helped Brown build Good Eats into the kitschy powerhouse it became over two decades as its host, writer, and director—but it’s also why he decided to put the show aside in 2012.

The original plan was to take just a five-year break, but projects including his cookbook EveryDayCook, hosting gigs on other shows like Iron Chef Gauntlet and Cutthroat Kitchen, and, especially, his live cooking tours, stretched his Good Eats hiatus a little longer.

On Sunday, August 25, though, Brown is officially back with what he says is his best work to date.

“I’ve been able to make, absolutely without a question, the best work that I’ve ever done in my career and the best that I’m capable of doing,” he says. “If I died tomorrow, at least I will know I will finally have done something that I can look at and say, I have no apologies. I have no regrets. This is my best.”

Not to be confused with Good Eats: Reloaded, a series on the Cooking Channel that debuted last year where Brown tweaked and remastered old recipes from past shows, Good Eats: The Return is “100% shiny and new.”

“It completely builds on a DNA of Good Eats,” Brown says. “All the things that Good Eats fans would want are still there, from the various characters down to the crappy sock puppets.”

Brown explains how fear became his biggest motivator, why he’s a “horrible” businessman (and why it’s totally worth it), and what makes Good Eats: The Return “not like anything that anybody’s ever seen before.”

“When I thought about doing a live show, it scared the hell out of me, which is why I knew I should do it,” Brown says. He had never fooled himself into thinking his popularity from Good Eats would translate to a stage show—or if he’d be able to perform at all. Thus the appeal.

When he decided the tour would be a variety show, he also realized there had to be music—even though he hadn’t played an instrument in 20 years. “I was affected very early on by a famous David Bowie interview where he talked about how it’s only when you’re in the water that’s a little too deep for you to touch bottom that you’ll do anything interesting,” Brown says.

Live touring has become one of Brown’s most fulfilling creative endeavors since Good Eats ended its run. His initial 2014 tour, Edible Inevitable, played to sold-out shows across more than 140 cities, which prompted his follow-up tour Eat Your Science in 2017.

“You’ve got to know that fear is good,” he says. “If you avoid fear as a creative, I don’t know what it gets you in the end.”

That sentiment has directly translated into creating Good Eats: The Return. Having 20 years under his belt with Good Eats made coming back to the show even more daunting in figuring out how to keep the flavor of the original but push his own creative agenda forward.

“I’ve approached this as how can I push myself further and harder and not be afraid of not being profitable?” Brown says.

The price of creative freedom

Since Good Eats‘ inception, Brown has been adamant about making the episodes for himself first and foremost.

Brown thinks of Good Eats as “a classic artistic endeavor,” in that he can be “completely self-indulgent.”

“I own the company,” he says of his production outfit Brain Food Industries. “I can lose money at any given time in order for me to carve my snowflakes, which is what my crew calls it.”

Brown admits that his unrelenting desire to maintain complete creative control over his show creates some financial risk, but it’s one he’s willing to make to get the kind of show that he can be proud of. “If there’s anything I’ve learned, it’s never borrow money, because partners want their say. If you have to pay a bank loan back, you make decisions for money,” Brown says. “I haven’t borrowed a dime in years. That allows me the luxury of my decision making.”

Brown has invested his own talent-rate salary, along with profits from his tour, into creating Good Eats: The Return.

“I am a horrible businessman, because I never make a decision based on whether or not it’s going to make money,” Brown says. “And that sucks. That’s terrible!”

The end result, though, is a show Brown describes as “really bizarre.”

“From a visual standpoint, these shows are not like anything that anybody’s ever seen before. And I’m not the kind of guy who would ordinarily say that,” he says. “I’m not saying they’re the best TV shows that are ever made, but in every episode you’ll see things that nobody ever put on film or video before. I’m proud of that.”

For example, in an episode about turkey set at a Renaissance fair, Brown wanted the camera to move in a certain way. So his key grip came up with the solution to stack four dollys, creating a 58-wheel camera behemoth. Although Brown is certainly the captain of his ship as the show’s creator, writer, director, and producer, he looks to his team, most of whom  have been with him since the Good Eats pilot, for creative problem solving like this.

“It’s not about relinquishing creative control. It’s unleashing specialists,” Brown says. “The reason they like working with me is that I let them do things that push to the edge of madness. I’m not relinquishing anything. I am, however, allowing things to happen.”

‘Good Eats’ and beyond

Brown’s return to his Good Eats franchise also ushers in a new wave of content he’s working on. During his break from the show, Brown toyed with establishing a presence on YouTube, uploading short-form recipe videos.

“It maddens people, because I’m not consistent about it,” Brown admits. “Nobody ever wants to pay for content anymore, so how do you do that without selling out or taking some sponsor that you’re going to regret? That’s why I haven’t done as much because it’s all been self-funded.”

That said, Brown thinks he’s done enough research and development in the space to come back with something he hopes will be “more significant” on YouTube. As for live events, he’s gearing up for his farewell tour in fall 2020, and then in spring 2021 for “something bigger” that he can’t talk about yet.

“Let’s just say my original target, which has always been movies, is finally going to swing back into focus,” he says.

Despite Good Eats: The Return and a host of other projects in the works, Brown still sees himself as something of an outsider in the food entertainment space—and that’s exactly where he feels most comfortable. “I didn’t shoot to be on the fringe. I think I just settled there. I think it’s where I belong,” he says. “I’m not Bobby Flay. I’m not ever going to be on the cover of People. I’m not ever going to be a superstar. I’m not meant to be. But I’ve managed to play the long game as a journeyman performer.” 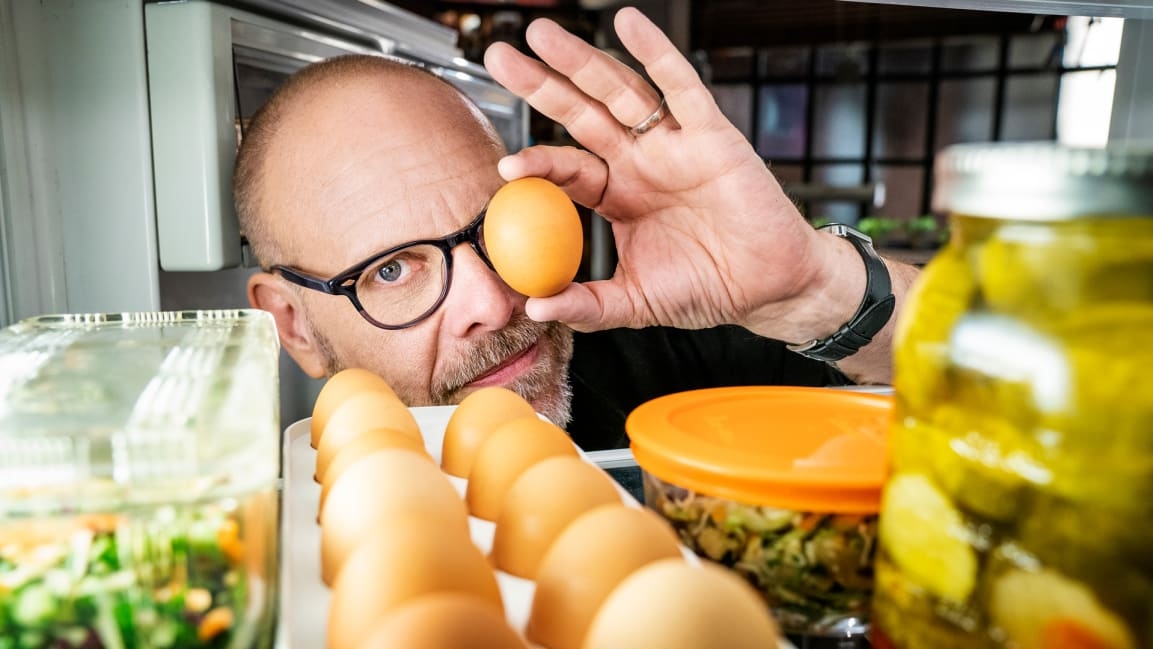