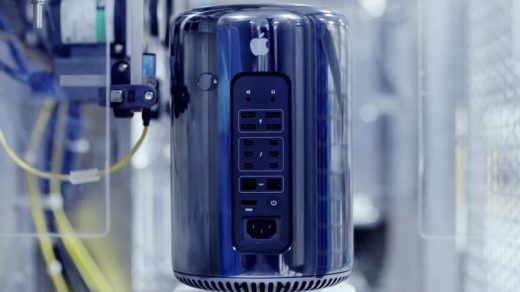 After neglecting the Mac Pro line (and its pro and creative users) for more than three years, Apple finally said Monday it’s working on a new version of the machine that corrects some of its predecessor’s most serious flaws. (In the meantime, the company is immediately improving the configurations of the existing Mac Pro, giving buyers more processing cores, higher-end GPUs, and additional RAM for their money.)

Even back in 2013 when Apple introduced its newly designed Mac Pro, some of the Mac faithful were upset. The new Mac Pro was smaller, quieter, and way cooler looking than its predecessor, but it also made upgrades and expansion way harder.

Yes, Apple had redesigned the older (big, silver, heavy) Mac Pro down to a small, elegant black cylinder the shape of a small bathroom waste basket. But it had also built the graphics processing units (GPUs) into the design such that they were impossible to replace or upgrade.

The Mac Pro used two GPUs running in parallel, a configuration the industry has since moved away from. And the board the chips rested on was carefully situated around a central, triangular cooling corridor in the middle of the “trashcan.” This made it tough for Apple to update the design, perhaps with a more powerful single-core GPU, and still have enough cooling power inside the unit.

Creatives like graphic designers, videographers, and audio engineers appreciate good design, but in the Mac Pro, Apple’s dual obsessions with design and miniaturization were at odds with long-term performance and utility. It turns out those GPUs in the 2013 Mac Pro weren’t powerful enough to handle some of the applications pro and creative users work with today.

“Things like VR, and even the movement to do more machine learning on local workstations are current examples of things Apple would not have seen coming that would likely have caused them to make a different design decision,” says Creative Strategies analyst Ben Bajarin in an email to Fast Company.

And Apple made the Mac Pro almost completely dependent on its Thunderbolt connections to connect to external hard drives, RAID arrays, and specialized equipment, another factor that rankled the creative/pro crowd, who were accustomed to the internal slots and bays offered by the Mac Pro’s earlier incarnation.

Getting the Word Out

While creatives and professionals are a relatively small segment of Apple’s customer base, they are among its most loyal users. (The company, remember, wasn’t always a smartphone Goliath.) Keeping the creatives happy has something to do with Apple’s soul. Mac Observer’s John Kheit put it this way in 2015:

When Apple was circling the drain into bankruptcy around 1997, those core users stayed loyal and helped influence many other users. It is a giant mistake for Apple to not understand it is alienating its most core group of users, a mistake which Apple may one day very much regret.

That’s why Apple had a handful of journalists out to its campus Monday to discuss the future of the Mac Pro. Apple knows some of those Apple faithful have already lost faith, and others are rapidly losing it. And with good reason: The company hadn’t upgraded the Mac Pro for more than three years, and when it did upgrade the MacBook Pro many creatives use, many thought the device was underpowered and overpriced. Apple rarely talks about specific products that aren’t ready to ship, but in this case it had to.

“Apple had to act fast to assure their ‘Pro’ customers that they love them, have a roadmap, and haven’t abandoned them,” says analyst Patrick Moorehead of Moor Insights & Strategy. “I don’t think Apple anticipated that their customers would push back so hard on this and some of them are even moving to Windows-based platforms.”

Apple’s Phil Schiller told the journalists that his company is now hard at work designing a new Mac Pro, but that it won’t come out this year. Schiller also wouldn’t say if it will come out next year: “We’re not going to get into exactly what stage we’re in, just that we told the team to take the time to do something really great . . .”

Schiller did reveal that the next Mac Pro will be a modular system, and that Apple is working on a powerful new display that will be good enough for graphic designers and video editors. And it’ll be a design that learns from the mistakes of the past.

“. . . we are in the process of what we call “completely rethinking the Mac Pro,” Schiller said. “ . . . we want to architect it so that we can keep it fresh with regular improvements, and we’re committed to making it our highest-end, high-throughput desktop system, designed for our demanding pro customers.”

Depending on when the new machine and monitor actually appear, they may be good news for people working in new mediums. According to Creative Strategies’ Bajarin, “Apple appears to be moving in a direction that will now allow Macs to play in the market for VR, PC gaming, machine learning, etc., where we will see many innovations in GPU computing still to come and having expandability will be as important as ever.”

The second key message of the day was that Apple will announce new configurations of the popular iMac desktop line later this year that it believes will be welcomed by many professional and creative users. But there was a third less-obvious message to pro users in Apple’s unusual press briefing, as Daring Fireball’s John Gruber points out. Even though Apple ultimately didn’t disclose much in the way of specifics about its upcoming machines, it did say that it will continue to produce industrial-strength video and audio software for its industrial-strength hardware.

“I just want to reiterate our strong commitment there, as well.,” Schiller said. “Both with Final Cut Pro X and Logic Pro X, there are teams on those software products that are completely dedicated to delivering great pro software to our customers.” 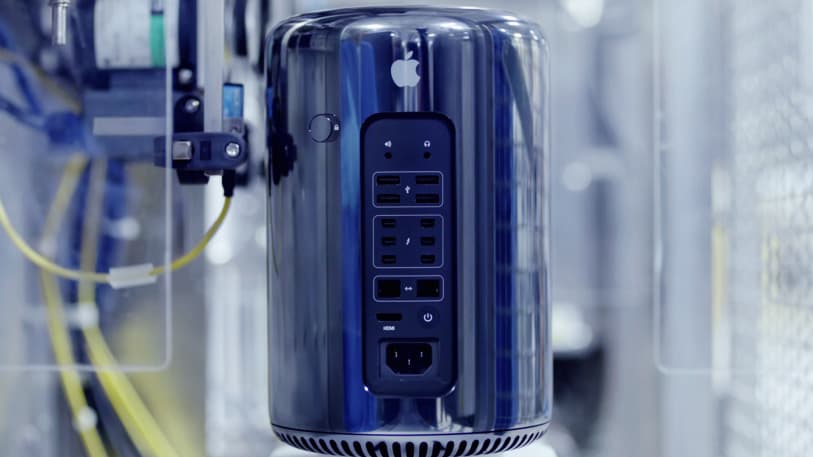