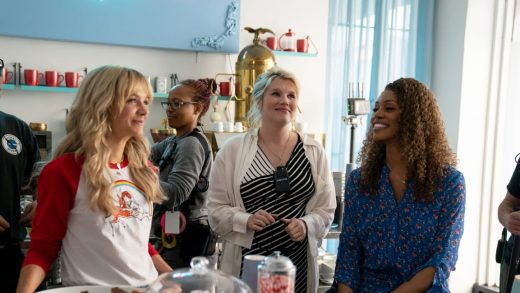 From the triggering subject matter (the consuming trauma following sexual assault) to the tricky tone of the film (a revenge fantasy that crash-lands in reality), the film charts a complicated course that may not be what you want it to be but is all the more impactful for that very reason.

“Every time I say this I just want to punch myself in the face because it’s so pretentious, but I really wanted to make something that not only felt like one woman’s very specific story, but that also felt like a fable or an allegorical journey,” says Fennell, who previously was a showrunner for Killing Eve and starred in The Crown.

Promising Young Woman follows Cassie (Carey Mulligan), a medical school dropout tormented with grief over her best friend Nina’s sexual assault and suicide. In a twisted bid to avenge Nina—and to assuage her own rage—Cassie performs a ritual of pretending to be nearly blackout drunk in bars knowing men will think she’s an easy score. Unfailingly, they take the bait, only to be hit with the sobering fact, at the very last moment, that Cassie isn’t drunk at all.

When Cassie and former classmate Ryan (Bo Burnham) strike up a romance, Cassie seems to be on track to move past her grief. That is until new details surface about Nina’s assault that send Cassie on a full-tilt mission of revenge against the abuser, Al Monroe (Chris Lowell).

That said, Fennell was intentional in subverting the traditional revenge genre by tethering the narrative closer to reality in an effort to underscore that when it comes to a story like this, sweet revenge can have the most bitter aftertaste.

Fennell made a compelling choice in centering the action of Promising Young Woman on Cassie, who essentially is one degree removed from the trauma catalyzing the film.

“Women are unfortunately very good at dealing with their own trauma,” Fennell says. “It tends to be when it happens to somebody that they love that that is the really terrible [thing]. It’s a different type of grief and loss that Cassie feels.”

By not making Cassie the survivor, the idea of “moving on” seems more within her grasp—and is something her parents and even Nina’s mom urge Cassie to do. And she does come close as she falls deeper in love with Ryan. But that high serves only to make Cassie’s eventual crash that much more palpable.

“We all want her to move on. We all want her to fall in love. The other option, the let-go option, the forget-about-it option, needed to be so alluring. It needed to feel too good to be true, because that is what it feels like to tread a fucking lonely path. But she will not let it go,” Fennell says. “And for some people that may seem psychotic, but actually she’s right. But there’s nothing more frightening than somebody who doesn’t let someone go.”

Fennell uses that framework to present a more nuanced illustration of how toxic revenge can be. “It’s a film about love and grief and about why vengeance is poison, actually,” she says. “That this thing happened a long time ago, that it has ruined not one, but two lives really forever, has calcified and become something different almost.”

In a way, Fennell sees Cassie as something of an addict. “She was keeping the addiction down by going to nightclubs, meeting these strangers, doing her thing,” Fennell says. “And there’s a reason she never looked up Al Monroe’s name, because she knew the moment she did, it would no longer be something she could control because this incline is so steep.”

Cassie does indeed finally look up Nina’s attacker’s information, which culminates in the revenge she sought out—but not without a heavy price.

When Cassie obtains a video clip from the night of Nina’s assault, she’s devastated to learn Ryan was in the mix. While he didn’t participate in the assault, he did nothing to stop it either. Feeling like she’d lost her last lifeline toward moving on, Cassie embarks on the mission she’d been keeping at bay all along: confronting Al Monroe.

Cassie crashes Al’s bachelor party disguised as a sexy nurse stripper. She drugs everyone except Al, whom she takes upstairs under the guise of giving him a private dance. Once Al is handcuffed to the bed, Cassie’s true identity—and motive—is revealed. With a scalpel in hand, Cassie goes in for an attack, but Al manages to partially free himself from the handcuffs. What happens next is shocking—but that’s the point.

“What is upsetting is how inured to violence we’ve become and how this is not the only movie where we see violence against women,” Fennell says. “It was really important to me that when you do see it, you can’t look away. It’s in real time. It’s one shot in the amount of time it takes to do that.”

Fennell wanted Cassie’s fate to serve as a grim reality check for most women-led revenge films that often involve the heroine using her feminine wiles and/or gratuitous violence to exact her vengeance. See: Cassie showing up as a stripper wielding a scalpel.

“For me it felt like the only honest thing and the only true thing. I didn’t want anyone to leave the movie thinking everything was fixed—the empty catharsis of cutting their heads off and burning the place down,” Fennell says. “It’s not fair for me as a filmmaker to be like, ‘If you get on your shorter skirt and you get a knife, that’s how you win!’ You don’t win. We can’t win. That’s really what the movie is about.”

However, Cassie does manage to get some revenge in the end. Before crashing Al’s bachelor party, she made a contingency plan in getting the recording of the assault in the right hands, which not only reveals the crime that he and his enablers fought to bury, but also exposes Cassie’s murder and attempted coverup.

“It felt real to me that Cassie made a contingency plan knowing that there was a very significant chance she wouldn’t make it out of there,” Fennell says. “She’s meticulous. She’s clever enough to know what happens when women bring out weapons.”

Fennell is more than aware that Promising Young Woman won’t sit well with some audiences. At a time when more and more men are barely being held accountable for their actions of sexual assault and abuse, Cassie’s fate seems almost too bitter to enjoy the inevitable reckoning that Al et al. face. But Fennell was never interested in an easy catharsis.

“I love the revenge genre. I’m not looking down my nose at it. But if you want to see girls violently take down a bunch of men, there are those movies,” Fennell says. “I was thinking about making a revenge movie that felt like a real woman was at the center of it doing things that a real woman might do.” 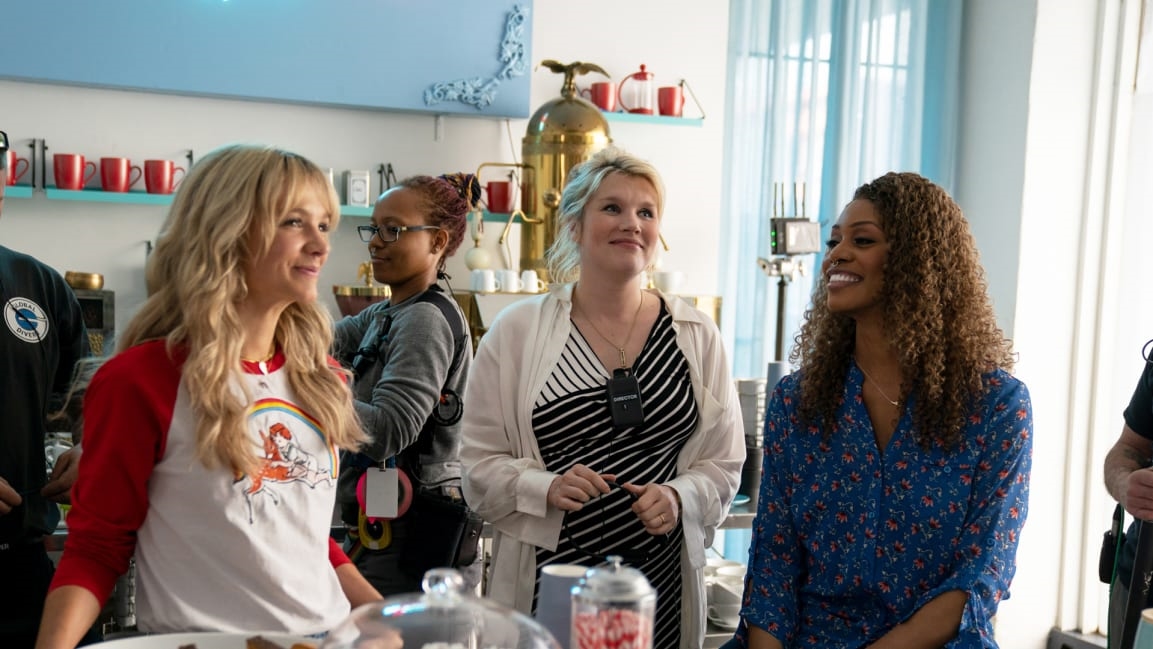