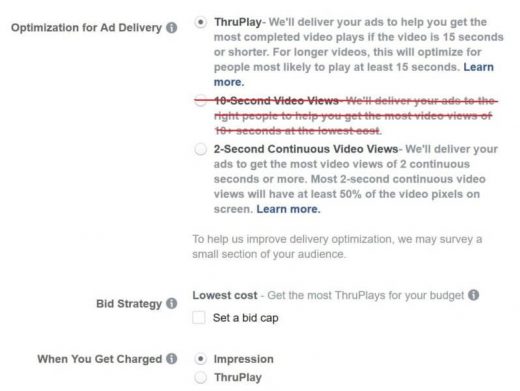 You’ll need to manually change campaigns set to optimize ad delivery for 10-second views, or your campaigns will be paused at the end of July.

The ThruPlay video option, launched in September, optimizes ad delivery to target users who are likely to watch the entire video or at least 15 seconds of longer videos. The 10-second delivery optimization option focused on users likely to watch ten seconds or more of a video.

After July 31, the ThruPlay ads and 2-second Continuous Video Views will be the only ad delivery optimization options available. Between now and the end of July, advertisers will have to manually switch their 10-second video ad campaigns to one of those options to avoid avoid having their campaigns paused. 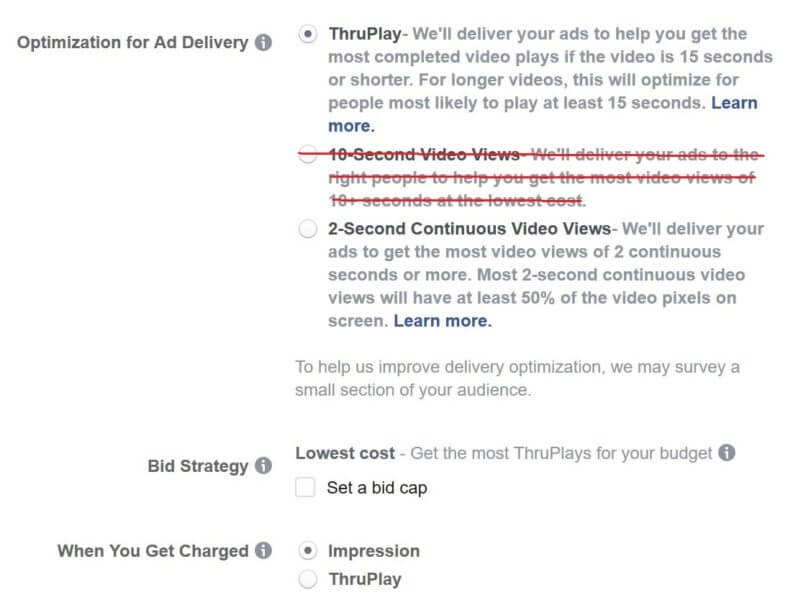 Facebook will eliminate the option to optimize ad delivery for 10-second video views.

It’s worth noting this change is connected to delivery optimization, not payments. Advertisers will still have the option to choose to pay on an impression or ThruPlay basis. With impression bidding, you’ll get charged when one pixel of a video ad comes into view. With ThruPlay bidding, you’ll be charged when a video ad plays to 97% completion or up to 15 seconds, whichever comes sooner.