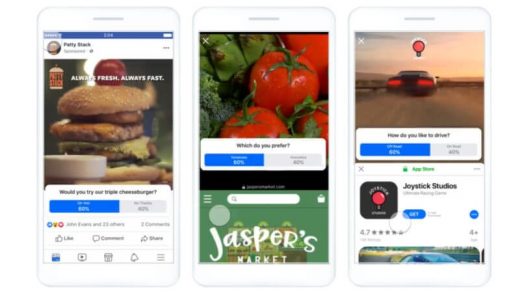 Facebook is opening a beta for AR Ads globally in the fall.

Facebook announced a new video poll ad format and the expansion of AR Ads Thursday. Playable Ads are also now available to advertisers outside of the gaming vertical. Video poll ads are scheduled to launch this month and the AR Ads are moving into open beta globally in the fall.

Video poll ads. Moving on the success it has seen since the release of poll stickers for Instagram Stories Ads, Facebook is bringing polling capabilities to its video ads.

AR ads move into beta. Facebook first began testing its augmented reality ads with a select number of brands in 2018. It is opening up a global beta for AR ad units this fall, making the ad format available to all advertisers.

In early tests of AR ads, WeMakeUp reported a 27.6 point lift in purchases — with the average consumer spending 38 seconds interacting with AR ads, trying out different shades of lipstick — and saw a 53% higher click-through rate compared to non-AR video ads.

Bobbi Brown Cosmetics said it saw three-times the CTR and two-times the website purchases compared to other ads in its AR ad tests.

Why we should care. Facebook’s latest ad updates broaden the playing field for mobile advertisers — giving marketers new ad formats designed to boost engagement. With the new video poll ads and AR ads, marketers will be able to deliver more interactive experiences to help differentiate their brands from the competition. 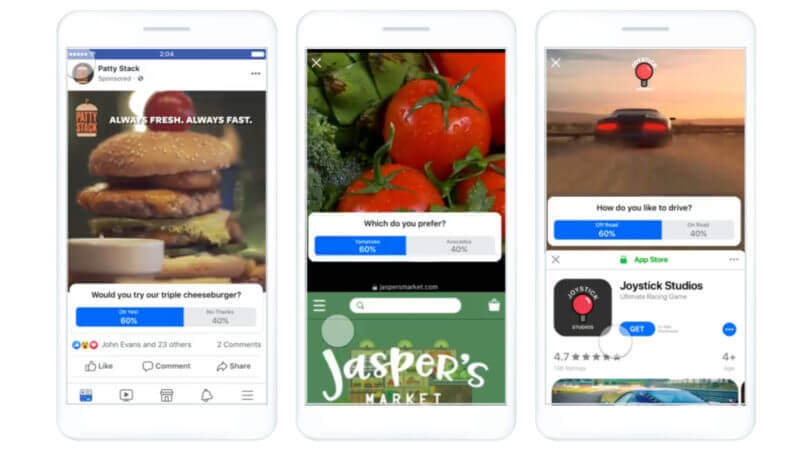