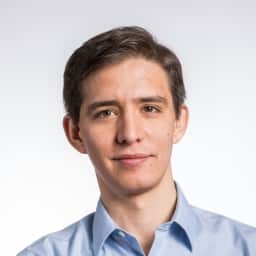 For the first time, a brand leader will sit on the Interactive Advertising Bureau (IAB) board of directors, the industry trade group announced Sunday at its annual leadership meeting.

Jesse Horwitz, co-founder and co-CEO of contact lens subscription company Hubble, is the first representative of a brand to be elected to the board.

Up to now, the organization’s board has represented a perspective from just about every quarter of the digital marketing landscape, including publishers, platforms, data management and tech.

“I am excited to welcome this key group of innovators who are redefining how brands engage with their customers to join our efforts to grow the interactive media and marketing industry,” said Randall Rothenberg, CEO of IAB. “We look forward to working and learning together inside the IAB.”

IAB, which provides analysis and perspective on a wide variety of issues facing digital marketing, has taken a deep dive over the past year into how direct-to-consumer (DTC) brands engage their customers, culminating with a report released Monday. The report found that the DTC economy is getting stronger while physical retail is in decline. IAB said it recognized the importance of including a brand voice on its board that after working them on the study.

The organization presented the findings and unveiled its IAB 250 Direct Brands to Watch list at its leadership meeting in Phoenix.

“The digital media and marketing industries are now in the business of brand creation, brand sales, and brand replenishment—and no longer in the business of banner ads and video spots,” said Rothenberg. “Thousands of smaller brands are storming the barriers that once protected the giants and they are changing the craft of marketing and selling. Today, advertising is just one part of an evolvingly complex marketing mix that relies increasingly on first-party data, owned media, self-managed pop-up shops and stores, a feedback loop for rapid and responsive product development, and in terms of ‘traditional’ media, largely mobile and addressable television.”

More about the news