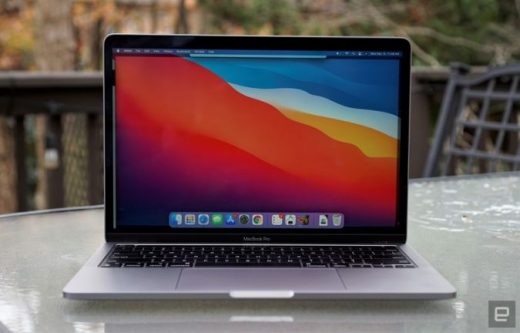 If it wasn’t already clear that Intel is anxious about Apple’s M1 chip, it is now. PC World and Tom’s Hardware report that Intel has shared a legion of benchmarks claiming to show that 11th-generation Core i7 laptop processors are faster than the M1. They do suggest there are areas where Intel can claim victory, although there are also questions about Intel’s methods.

The results have Intel pulling ahead of Apple in a Chrome browsing test, Office 365 tasks, Adobe creative apps and AI. While gaming was something of a wash, Intel pointed out that certain games simply aren’t available on Macs. The chip giant also argued that Apple’s battery life claims were just fluff — they weren’t any better than a Core i7 in practice, Intel said.

Intel was also keen to point out the better support for external monitors and a greater variety of hardware in its camp, such as touchscreen laptops.

However, there are concerns about the methodology. For one, Intel switched hardware between tests, both for its own CPUs and Apple’s. It used a MacBook Air for the battery life test rather than the longer-lasting Pro, for example. Intel also chose some tests that favored its components particularly well, such as a Topaz Labs AI test — one of the few to make use of Intel’s hardware acceleration. It’s safe to say these figures don’t entirely line up with some reviews, including ours.

Companies routinely cherry-pick benchmarks that put their products in the best light, of course, and it’s true that compatibility and variety skew in Intel’s favor. However, the very fact that Intel is offering these benchmarks speaks volumes. Intel sees Apple’s chips as enough of a threat that it feels compelled to launch a media offensive, and it’s unlikely to go soft on its new rival in the future. 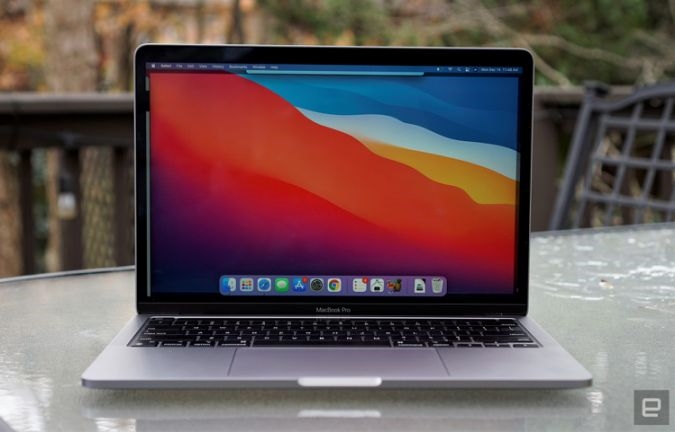