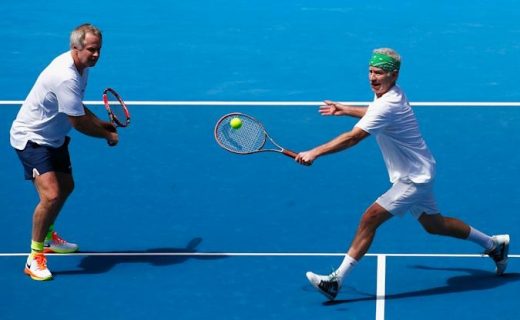 ‘McEnroe vs. McEnroe’ uses AI to pit the 63-year-old tennis legend against his younger self.

Michelob Ultra and ESPN have decided to use AI to answer an enduring question: what would happen if tennis legend John McEnroe played against himself? An upcoming ESPN+ special entitled “McEnroe vs. McEnroe” will feature the 63-year-old star, who retired from singles competition in 1992, playing against a complicated, AI-trained version of himself.

According to TechCrunch, the process for the actual game is fairly involved. After the real McEnroe sends a ball over the net, the AI avatar responds to its direction and “swings” — at this point, a new ball is launched from a ball cannon, which is obscured by a smokescreen. The positioning of the ball cannon and smokescreen are designed to make the ball appear as if it’s coming off the avatar’s racket. The avatar itself is projected onto a hologram particle screen. This teaser below shows off a tantalizingly small amount of footage.

As for how this all came together, the real McEnroe spent a day with production company Unit 9, who used full-body motion capture and scans combined with Unreal Engine’s MetaHuman Creator technology. Adweek says that the McEnroe avatar and its programming are based on five different points in McEnroe’s career, including his debut in 1979, his ascent to the top of the sport in 1981, and his final year as a pro in 1992.

Besides the work with the real McEnroe, Unit 9 also analyzed hundreds of hours of footage from his career and recorded 308 different shots for the virtual avatar. Given that McEnroe is now 63, he’ll be playing against a much younger version of himself — whether or not that means the AI will have the edge remains to be seen, of course. If this somewhat odd matchup has piqued your interest, TechCrunch says the special will air tonight, May 7th, on ESPN+ at 10PM ET. 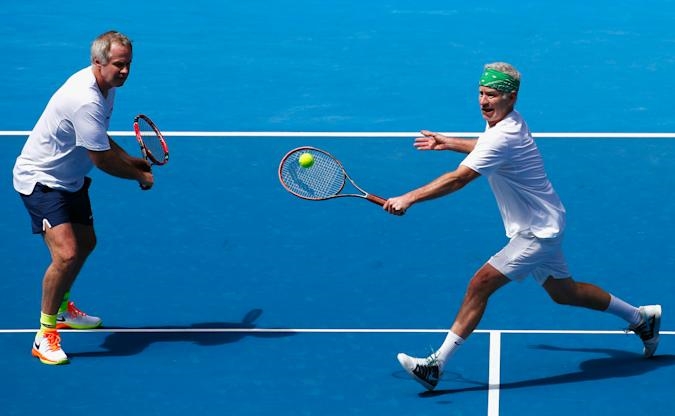