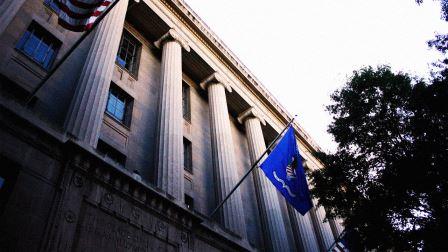 The Justice Department filed another brief in the San Bernardino iPhone encryption case on Thursday. The filing responds to each of Apple’s legal arguments, and includes some tough language directed at the tech company.

It all started when California district court Magistrate Judge Sheri Pym signed an order February 16 directing Apple to write custom software that would enable the FBI to break into the iPhone of San Bernardino shooter Syed Farook.

The DOJ asserts in the filing that creating the custom software would not place an “unreasonable burden” on Apple, as the company has claimed in a recent filing to the court.

In one of the spicier passages, the DOJ says such software wouldn’t even be necessary had Apple not made a “deliberate marketing decision to engineer its products so that the government cannot search them, even with a warrant.”

On a conference call with reporters Thursday afternoon, Apple lead attorney Bruce Sewell said the DOJ’s filing reads like an indictment. “In 30 years of practice I don’t think I’ve seen a legal brief that was more intended to smear the other side with false accusations and innuendo, and less intended to focus on the real merits of the case,” Sewell said (according to Business Insider).

Apple built a security feature into iOS 8 that deletes the decryption key after 10 unsuccessful login attempts, essentially wiping the phone. Apple executives have said that they built the strong security features as a way of protecting customers from hackers and data thieves, not only to thwart surveillance attempts by the government.

Later in the DOJ’s filing, this:

“. . . Apple deliberately raised technological barriers that now stand between a lawful warrant and an iPhone containing evidence related to the terrorist mass murder of 14 Americans. Apple alone can remove those barriers so that the FBI can search the phone, and it can do so without undue burden,” the DOJ wrote in the filing.”

Some have begun raising serious questions about the truthfulness of the FBI’s claim that only Apple can unlock the phone, however.

Apple said in its February 26 filing to the court that if it creates the custom software, it would open the floodgates to many more such requests.

” . . . the government knows those statements are not true; indeed the government has filed multiple other applications for similar orders, some of which are pending in other courts,” Apple lawyers said in the filing.

Apple cited documents unsealed in a similar case in Brooklyn federal court showing that the FBI has requested that Apple help unlock iPhones at least nine times, and possibly as many as 17 times, since last October.

The DOJ answers that argument this way:

“As Apple well knows, the Order does not compel it to unlock other iPhones or to give the government a universal “master key” or “backdoor.” It is a narrow, targeted order that will produce a narrow, targeted piece of software capable of running on just one iPhone, in the security of Apple’s corporate headquarters.”

The court order granted to the FBI finds its legal authority in a 1789 law called the “All Writs Act,” which was meant to widen the subject matter areas of judges’ jurisdictions. Apple lawyers said the All Writs Act can’t be used to force it to help the FBI in this case.

“Instead of complying, Apple attacked the All Writs Act as archaic, the Court’s Order as leading to a ‘police state,’ and the FBI’s investigation as shoddy, while extolling itself as the primary guardian of Americans’ privacy.”

Then the DOJ suggests Apple is un-American.

“Apple’s rhetoric is not only false, but also corrosive of the very institutions that are best able to safeguard our liberty and our rights: the courts, the Fourth Amendment, longstanding precedent, and venerable laws, and the democratically elected branches of government,” the filing reads.

Judge Pym will review the case again March 22. There’s a possibility that Apple will file another brief with the court before that, rebutting the DOJ’s arguments from today.