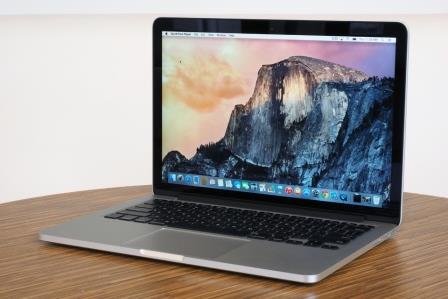 Barring a big change to the trackpad, Apple’s high-powered MacBook Pro models haven’t seen many major differences in recent years. That may be until now. According to 9to5Mac, which is citing both Apple analyst Ming-Chi Kuo and its own sources, the next family of MacBook Pros (or MacBooks Pro) could not only be thinner and lighter, but may also house a new OLED display touch bar just above the keyboard. This would act in place of the narrow physical function keys found on contemporary MacBooks. Apple may also bring Touch ID into its next series of laptops.

Alongside the rumor of a OLED touch bar, the design will apparently include new metal injection-molded hinges that will enable the company to make the Pro series lighter and thinner. (Uncorroborated reports suggested that Apple has tapped the same company that made the Surface’s special hinges.)

The same sources say that new Pro laptops will come with USB-C and Thunderbolt 3, while Apple will also bring a new 13-inch MacBook similar to the latest 12-inch Retina model. Yeah, if the range of MacBooks was confusing before, it could get even more baffling. Kuo’s report suggests that 13- and 15-inch models will arrive late 2016, although more details on that curious OLED bar are scarce — and that’s the most interesting part.

Lenovo attempted to add a similar-sounding adaptive keyboard panel to its ThinkPad series, but it wasn’t all that well-received, and the company rolled back its keyboard design soon after. However, let’s see how Apple plans to deliver this OLED touch bar first, if this is all true.