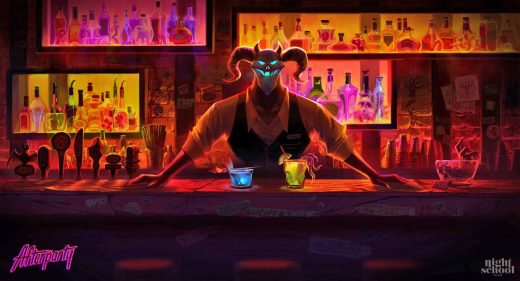 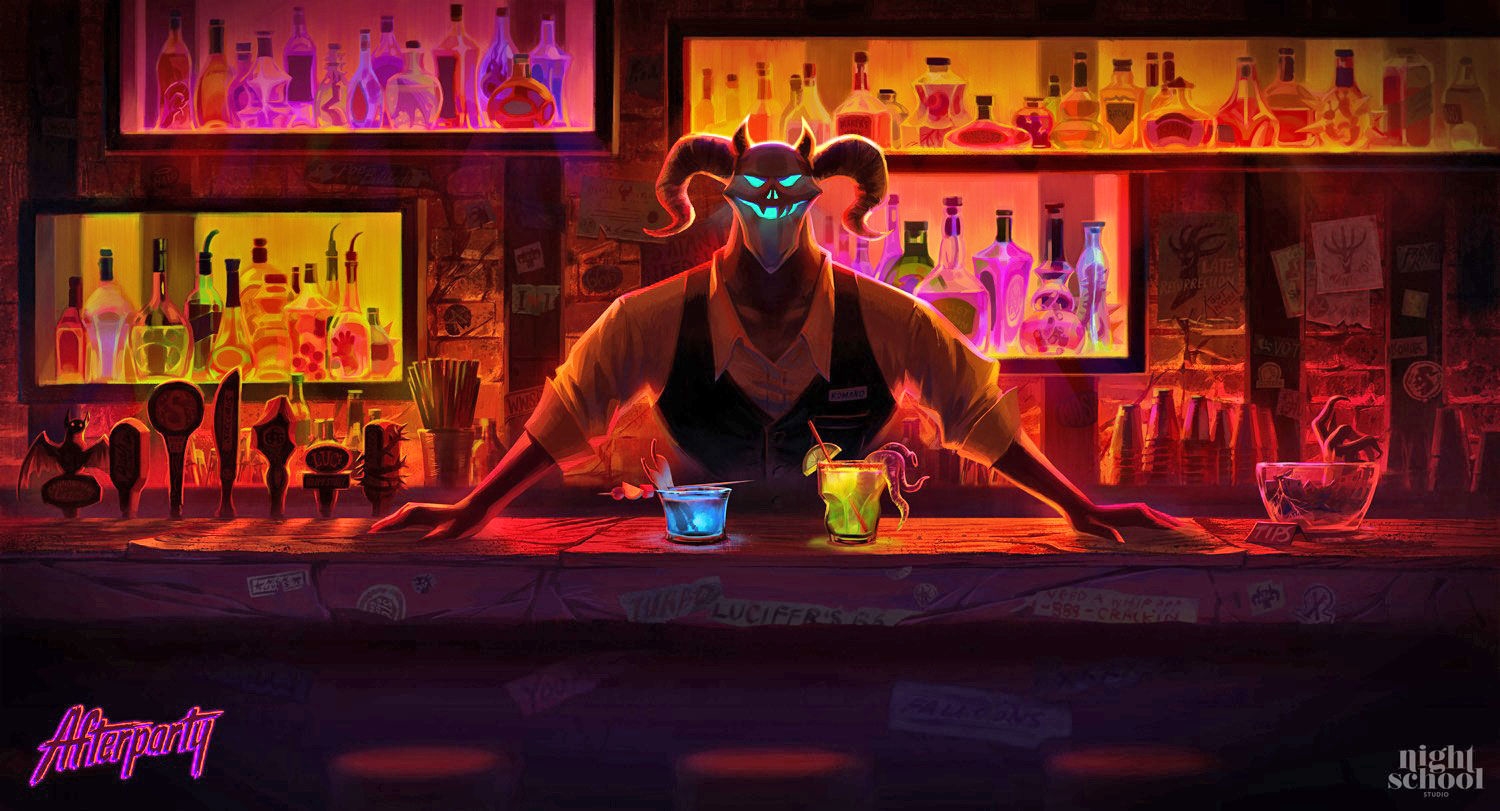 Just in time for Halloween, the developer of dark supernatural thriller Oxenfree, Night School Studio, will be releasing its new game Afterparty. The game was announced a few years ago but now we finally have a release date in October and more details about what to expect.

Described as a “boozy buddy adventure”, Afterlife will have players taking on the roles of Lola and Milo, two friends who have recently died. Desperate to avoid an eternity in hell, they clutch onto a loophole in the demonic rules: if they can out-drink Satan, they can return to Earth.

The dev promises the game will have the same narrative focus and snarky take on serious issues as Oxenfree, but with more of an emphasis on dark comedy elements. The gameplay features a conversation system which centers the ability to build relationships and change the story via dialogue choices, with a cast of colorful larger-than-life characters and a hell which consists of interconnected islands linked by the River Styx.

The drinking games feature over 30 different tipples which affect characters’ personalities and choices, and the variety of frat-house demonic activities include beer pong, dance-offs and chugging competitions.

The game will be released on Xbox One (including Game Pass), PC and Mac via the Epic Games Store on October 29th, as well as being released simultaneously on the PlayStation 4. Details of a launch on the Nintendo Switch will follow soon.