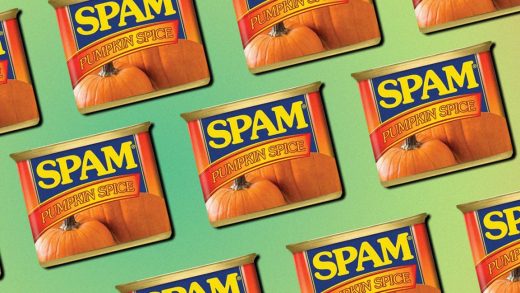 And now this: Pumpkin Spice Spam. Honestly, there aren’t enough barf-face emojis in the world to properly express our thoughts on this product.

While rumors of Pumpkin Spice Spam circulated two years ago thanks to a hoax Facebook post, this time it’s all too real. A publicist for Hormel Foods Corp. confirmed to NBC News that the company will begin selling a limited-edition run of Pumpkin Spice Spam online at walmart.com and spam.com on September 23.

To crib a line from Jurassic Park, it’s like they were so preoccupied with whether they could, they didn’t stop to think if they should. And now Pumpkin Spice Spam is going to destroy the world or at least the taste buds of those who try it when PR people inevitably send samples to the office. 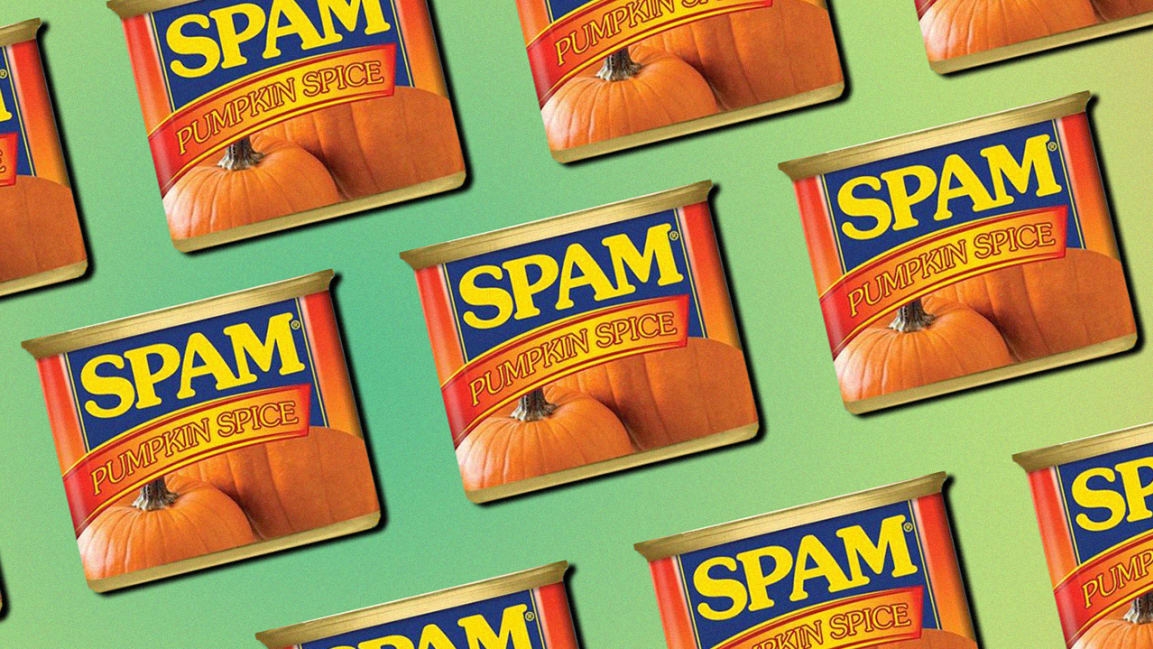