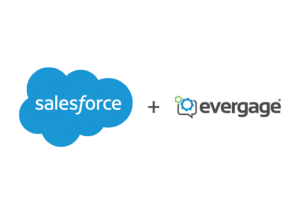 The acquisition is more about Salesforce’s ability to deliver personalized interactions than its entry into the CDP space, says one industry insider.

While Salesforce recently entered into the CDP space with the launch of its own 360 Audiences, the move to bring Evergage’s technology into the Salesforce fold likely has more to do with delivering personalized experiences than its CDP offering. The companies announced the deal on Monday.

“Salesforce has lacked a proper tool for real-time interactions, such as personalizing website content based on customer behaviors during a visit,” said David Raab, a principal at the marketing technology consultancy Raab Associates Inc. and founder of the CDP Institute. He believes Salesforce’s acquisition is about Salesforce closing a gap in their product line, and not a sudden acceleration of the company’s entry into the CDP space.

As far as Salesforce’s CDP initiative, Raab says it is possible the Everage database will eventually be replaced by direct access to Salesforce’s 360 Audience data.

“Similarly, it’s also possible that the Evergage campaign engine will eventually be replaced by a central orchestration system, but that would also require a type of real-time processing that I don’t believe is available in existing Salesforce products,” said Raab.