Snap makes Lens Studio easier to use for novice creators 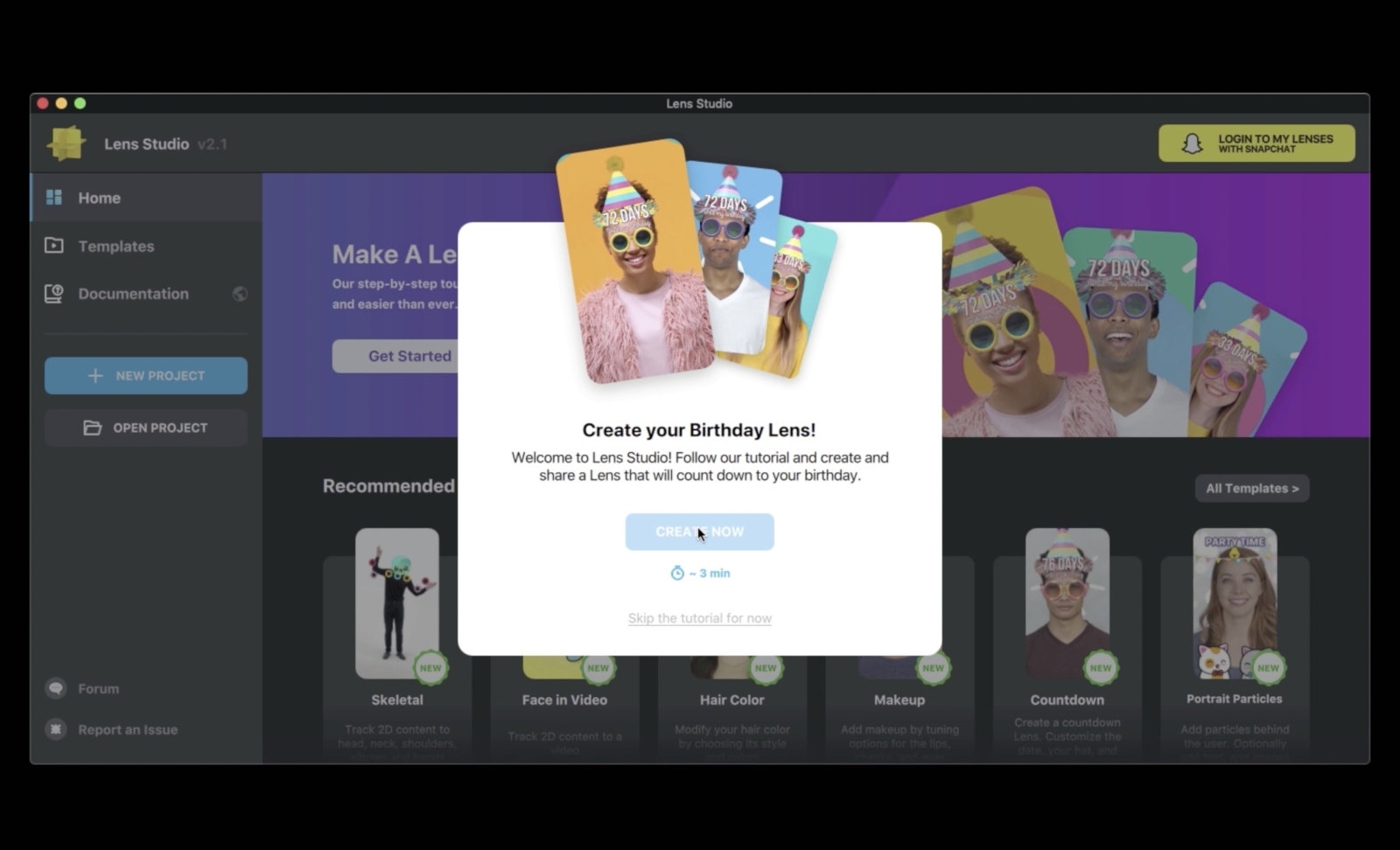 Snap launched the Lens Studio desktop app to give everyone the opportunity to create filters of their own. Now, it’s getting serious about making Lens creation much more accessible by rolling out an interactive tour that breaks down the process step by step. The idea is to make it possible even for first-time creators to make their own AR filters from the get-go. Snap has also introduced new start screen elements to highlight new features, which will most likely include the six new Lens Templates and 14 new Landmarker locations the company has added to Studio’s offerings.

Portrait Particles is a template that allows creators to decorate the area behind a user’s head with customized particles. Face in Video can track faces onto a video, while Countdown creates Lenses that count down to a specific date and add celebratory 3D accessories onto a user’s face like glasses when it arrives. Skeletal will lead to Lenses that track 2D images onto people’s heads, necks, hands and joints. The Hair Color template allows creators to make Lenses that can modify hair color and style. Finally, the Make-up template will make it possible to create Lenses that add augmented reality make-up to users’ faces.