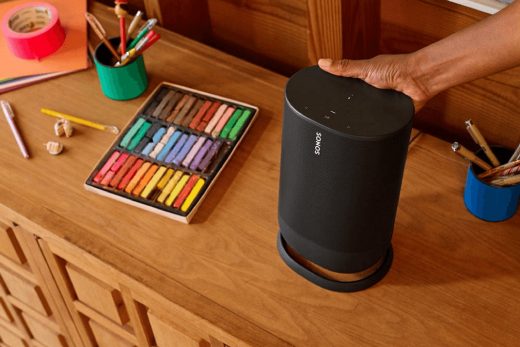 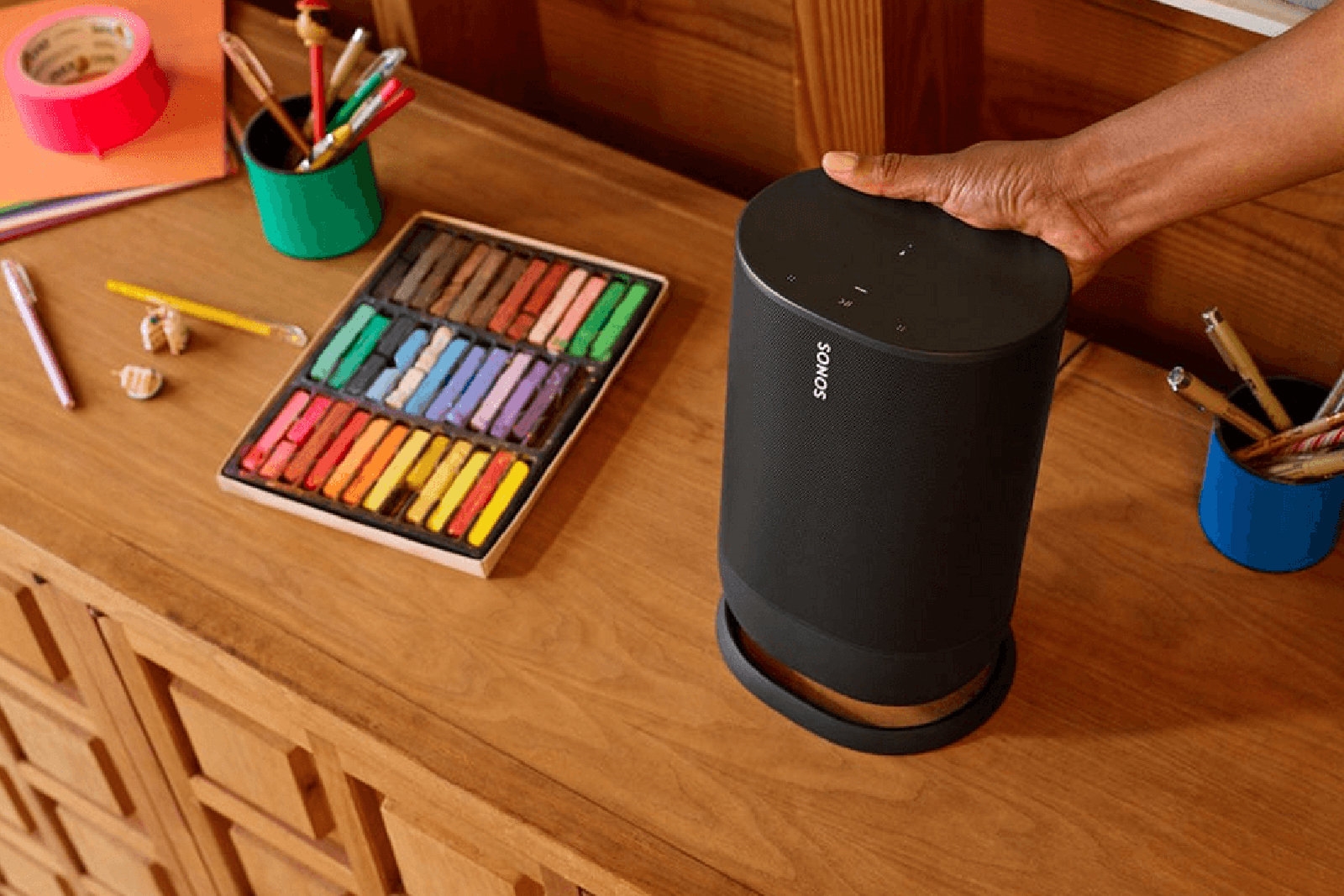 There might not be much of a surprise left by the time Sonos unveils its first portable speaker. The crew at WinFuture has obtained pictures and details that appear to offer much clearer idea of how the hybrid smart speaker will work — including what it’s called. Known as the Sonos Move, it won’t be just a slightly squashed Sonos One with a battery. There looks to be a recessed grip to help you tote the speaker from place to place, and that’s where you’ll also find the previously rumored toggle between Bluetooth (portable) and WiFi (home) connections.

This also offers a first peek at the Move’s docking station, and reveals just how you’ll charge after your audio adventures are over. In addition to the USB-C connection for on-the-go power, there will be dedicated contacts to hook into the charging station itself. You’ll just have to click the Move into place to recover.

Earlier leaks pointed to the Move adding a new Auto Trueplay tuning feature as well as support for AirPlay 2, Alexa and Google Assistant.

There are still a few unknowns, such as its water resistance or pricing. With press events starting on August 26th, though, it might not take long to know just what Sonos has on offer. You can safely presume this will be uncharted territory for Sonos. Its business has revolved around fixed home audio, and venturing into portable speakers pits it against companies that have been making Bluetooth speakers for years.