Nebula Genomics readies a marketplace to sell a precious dataset: You

JetBlue will sell seats on semi-private jets for semi-millionaires

Zuckerberg keeps insisting Facebook doesn’t sell our data. What it does is even worse

How To Sell Yourself For A Job When You’re Overqualified

How To Sell Yourself When You Don’t Have Enough Experience

Uber is reportedly preparing to sell its Southeast Asia business

The rise of Apple Music could help sell HomePods, but there’s a hitch

Sales Outlook At CES: 44 Million Smart Speakers To Sell In U.S. This Year

Tesla can sell EVs in Missouri again after court win

For Nike, augmented reality is the perfect way to sell hyped sneakers 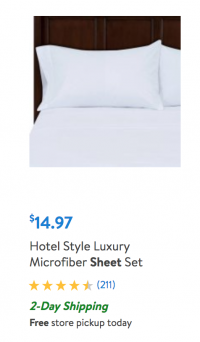 Sell Smarter on Walmart: The Metrics You Need to Be Tracking

The War To Sell You A Mattress Is An Internet Nightmare

Want To Sell On Amazon? Don’t Believe These Myths

Chatting about movies on Facebook? A bot may drop in to sell you tickets

admin onto Facebook Messenger
Top
We use cookies to ensure that we give you the best experience on our website. If you continue to use this site we will assume that you are happy with it.Ok