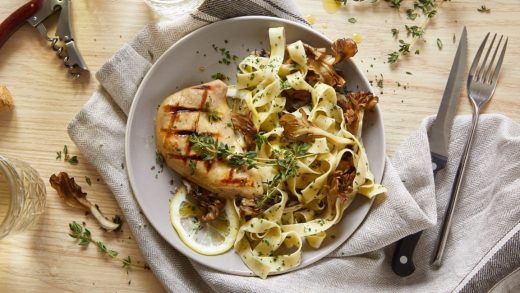 December 01, 2020
Four years ago, the San Francisco-based alternative protein company Eat Just (formerly named simply Just, and Hampton Creek before that) was most well-known for the plant-based egg alternatives that served as the base for Just Mayo, its flagship eggless, vegan mayo substitute. But the company wanted to go further than just finding plants that could mimic the taste and feel of meat products: It pushed into lab-grown, or “cultivated meat,” and started working on growing real chicken from cells. Two years ago, Fast Company tried some of the chicken prototypes at Eat Just’s headquarters. Now, it’s become the first company to gain regulatory approval to begin selling meat grown in a bioreactor.

“This is historically the first approval for meat that didn’t require slaughtering and animal,” says Josh Tetrick, CEO of Eat Just, which will soon begin selling its chicken as an ingredient in “chicken bites” in a restaurant Singapore, where the national food regulatory agency issued the approval after a two-year process of detailed review. “When we launch it in a restaurant, that’ll be the first time that it’s sold and consumed.” (An Israeli startup also recently started serving a “cultured chicken” sandwich at its factory, though it’s avoiding the need for regulatory approval by providing the food as free samples to get feedback)

Singapore is a world leader in supporting the new industry. “Singapore and Israel are technologically very advanced, and they’re tiny,” says Bruce Friedrich, the cofounder and executive director of the Good Food Institute, a nonprofit focused on plant-based and cultivated meat. “So both Singapore and Israel are focused on making meat in ways that require a tiny fraction of the land and resources so that they can move to greater food security and sustainability in their countries.” Singapore has invested in research in cultivated meat, and is helped support the growth of other startups based there.

Producing meat from animal cells, rather than raising livestock, can help eliminate the risk of diseases spread in food—or future pandemics spread from farms. It avoids animal cruelty and the overuse of antibiotics. And done right, it can also reduce the carbon footprint of meat production. Eat Just chose to focus on chicken in its early research and development both because chicken is the most consumed meat and because of some of its impacts. Soy grown for chicken feed, for example, has been responsible for deforestation in the Amazon rainforest. The company is also developing cultivated beef; beef has the largest carbon footprint of any meat.

Eat Just will soon launch the chicken as part of a new brand called Good Meat. Though Singapore is the first country to approve the product, it’s also in the process of working with regulators in other countries. (The U.S., though, is further behind on developing a regulatory framework for cultured meat.) Initially, the chicken will be served in a small number of Singaporean restaurants. For Eat Just to scale up production beyond that small footprint will require more funding.

“It’s really capital intensive,” says Tetrick. “We’ve already invested tens of millions of dollars in it.” With a 1,000-liter tank producing the meat, he says, the company can supply a relatively small number of restaurants. “If McDonald’s calls us tomorrow and they say, ‘we want to put this on all of our menus,’ we’ll have to tell them they need to wait,” he says. “We need to go from 1,000 liters to 5,000, to 10,000, to 50,000 liters.”

Consumers will also need to be willing to make the change. “We can produce tens of millions of pounds and get regulatory approval everywhere, but that doesn’t mean that consumers are going to choose it,” he says. “It’s up to us to make sure that people get how this is different from conventionally-produced meat . . . and how this is a whole lot better from an environmental perspective. You don’t need to deforest acres of rainforest. From a morality perspective, you don’t need to kill a single animal.” 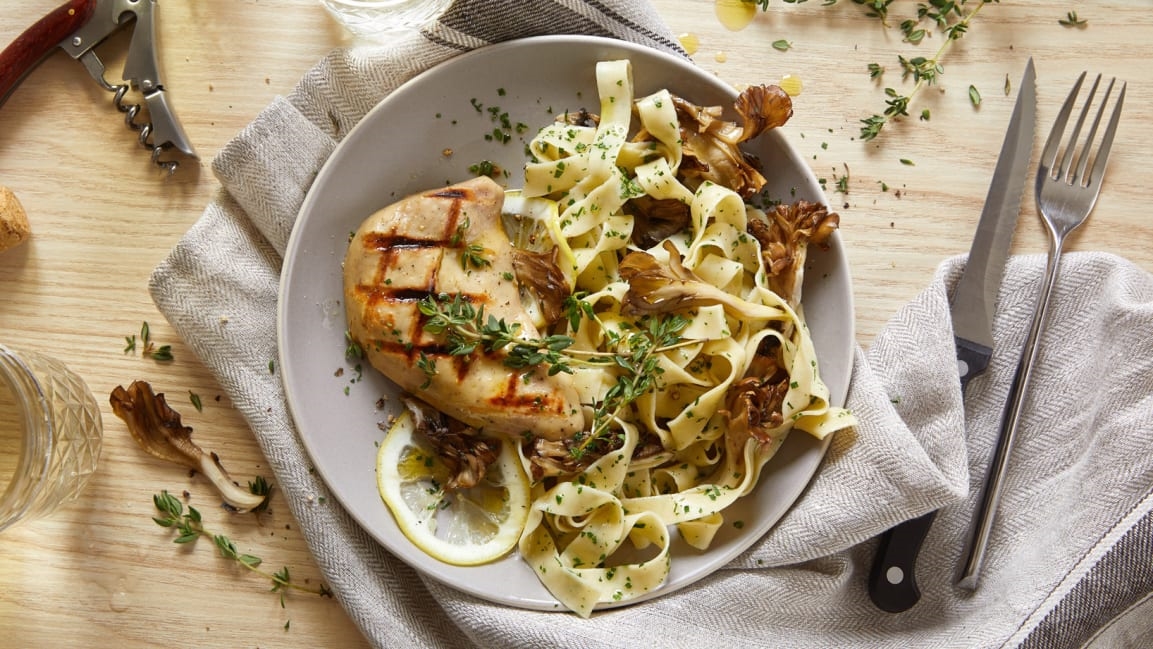