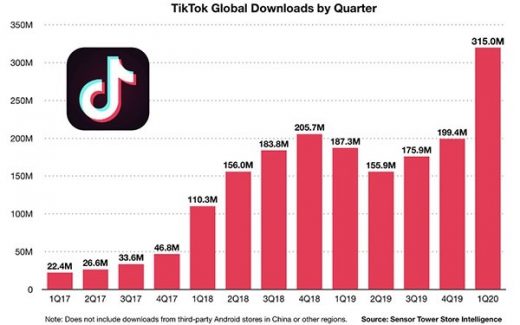 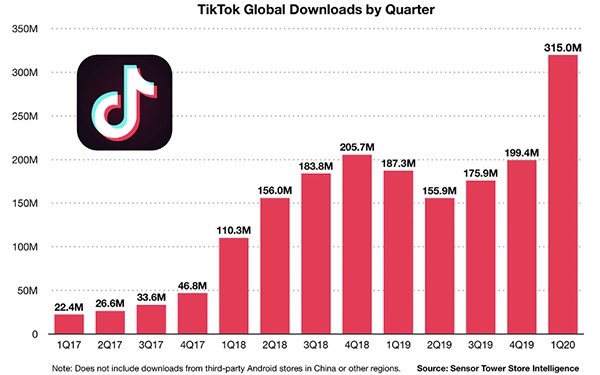 Satnam Narang, research engineer focusing on security at Tenable, has identified four types of threats on the platform, ranging from easy-money offers and free offers that come with a price to manipulative drop-ship schemes and quick-cash ad scams that prey on those who may be in dire financial straits.

Children between the ages of four to 14 in the United States, the United Kingdom and Spain now spend an average of 80 minutes per day using the app, putting it on par with YouTube.

Narang says the scams running across the app prey on Gen Z interests with fraudulent celebrity promotions, and false ads for college tuition assistance programs by promising to repair credit card history or by promote online classes as a way to access financial aid.

Narang points to two parts of the app that are especially worrisome: the Following page and the For You page.

The Following page contains a feed of videos from the TikTok user that can be followed.

The For You page is populated with videos curated for each user based on TikTok’s algorithm, which takes into consideration several factors such as interests, user interactions, information and device and account settings.

Algorithmically generated, the For You page presents a greater opportunity than the Following page for advertisers to reach users based on their interests.

TikTok ads, from AppleTV+ to Experian, are only seen on the For You Page.

Fake ads also exist. In fact, scammers use the For You Page to run ads.

“One of the shadiest tactics I’ve encountered is the use of TikTok ads claiming to offer users money in exchange for ‘completing tasks’ such as downloading a variety of real applications from the App Store and running them for three minutes,” Narang wrote in the report.

While tricking users into downloading mobile applications isn’t new, this tactic is different because the scammers aren’t taking the “human verification” approach.

Instead, they use TikTok to promote a series of applications called “iMoney” by using false advertising in two different ways. First, they claim users can earn a high dollar amount for simply downloading mobile applications — and then they mask the actual application contents by uploading them to the App Store under false pretenses, he explains.

These iMoney applications are advertised to TikTok users as ways to earn “$433 Per Day Playing Games,” alongside a screenshot of a PayPal balance screen as “proof,” according to the report.

There are multiple ways this scam is being carried out, from the Current Tasks section to the Amazon Tasks section.

Narang also notes that TikTok doesn’t seem to monitor fraud on its platform because it allows scammers to use false celebrity endorsements.

Diet pill ads, for example, use doctored video footage of celebrities like Oprah Winfrey, Blake Shelton and Kelly Clarkson appearing to endorse the products. The videos featured include a montage from the reality TV show “Shark Tank,” featuring footage of Mark Cuban, among others, consuming an undisclosed beverage.

“I also encountered a similar advertisement for free Apple AirPods,” Narang wrote. “The website looks eerily similar to the one from You Review, You Keep. It instructs the user to ‘Complete ten deals’ to get their AirPods. However, in none of the website images are they ever told that the AirPods will be free.”

When clicking on the “About our program” section at the bottom of the website, users are told that they have to complete their favorite ten-deals, which requires a purchase, to get the AirPods.