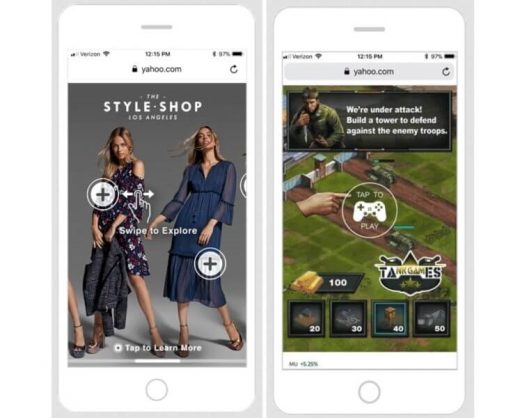 Advertisers running Moments campaigns will now have access to Touchpoint ads, a shoppable ad unit, and Playable ads for games. 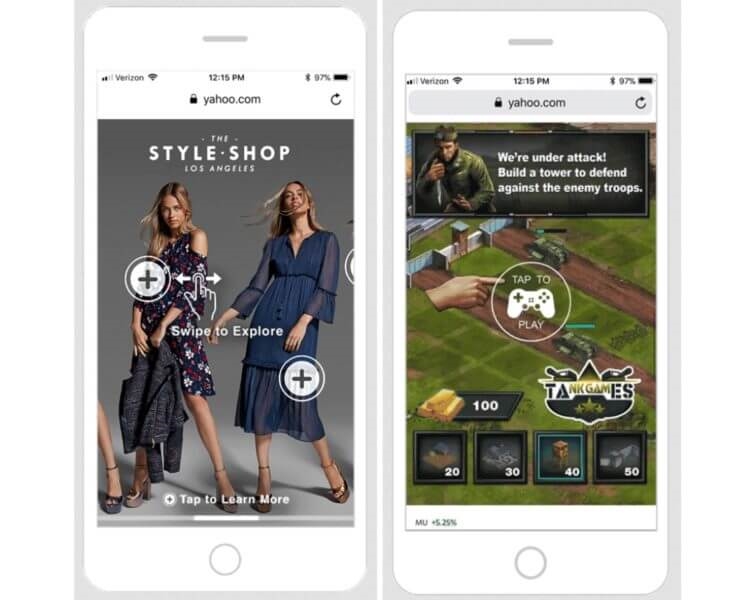 Verizon Media (formerly Oath) has rolled out two new features as part of its Moments mobile native ad suite: Touchpoints and Playable ads. The Touchpoints ad units are designed for e-commerce advertisers, offering a shoppable experience for product ads, and the Playable ads — which include an interactive preview of the game without a user having to install — are for game advertisers.

E-commerce and gaming advertisers running Moments campaigns on the Oaths Ad Platforms will want to take advantage of the new ad features.

The Touchpoints ads, part of the Moments suite of e-commerce ad units, are designed to create more engagement with shoppers by letting users tap a pin within an ad to learn more about a product. Advertisers that have been given early access to the feature report a 23 percent lift in return on ad spend and a 35 percent increase in click-through-rates over standard native static ads.

Verizon Media’s list of media offerings is deep (Yahoo, AOL, HuffPost, Makers, TechCrunch and Tumblr among others), but the company has struggled to deliver on its business results. eMarketer reported this week that the company is projected to take less than a three percent (2.9%) share of the digital ad revenue market by the end of 2019 — down from the 3.4 percent market share it took in 2018. Meanwhile, competitors like Google and Facebook are expected to take a combined 60 percent share this year, while Amazon grabs 8.8 percent of the digital ad revenue pie.

The two latest ad features may help with its current roster of advertisers, but it’s unlikely the new ad roll-outs will move the needle when it comes to Verizon Media’s digital ad share this year.