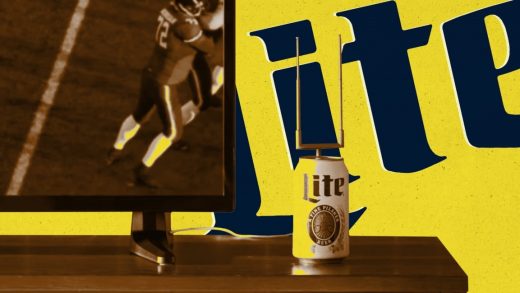 The new National Football League season kicked off last weekend with a very COVID-familiar look—(mostly) empty stadiums. Even though some teams did let varying numbers of fans in to watch the games in-person, depending on their state regulations, the bulk of football faithful were at home watching on TV.

This is where Miller Lite saw an opportunity.

The beer brand and its ad agency DDB San Francisco saw that more than a third of sports viewers get their sports through streaming, and a lot of that streaming is done on sketchy illegal sites littered with pop-up ads and the constant specter of a buffering wheel spinning up some soul-crushing aggravation. Enter the “Cantenna,” a modified beer can that can be plugged into your TV to receive free, over-the-air broadcasts often available.

Sofia Colucci, global vice-president of the Miller brands, says that since more people are watching the games at home, instead of at the stadium or in crowded bars, the inconveniences of illegal streaming would only become more common. “We wanted to get people to stop clicking and get back to enjoying Miller Time,” says Colucci. “Our consumers love these quirky, ‘didn’t need this thing but got to have it-‘ type items, and that’s exactly what the Cantenna is.”

Colucci and the brand tasked DDB San Francisco with finding an idea that would stand out to fans and convince them to grab a Miller Lite when watching the game. DDB San Francisco’s chief creative officer Ben Wolan says since a lot of fans don’t want to pay for cable, so The Cantenna seemed like a smart way to reach them in an unexpected way. “We came across the seedy underworld of illegal football streams and this eventually led us to a solution: The Cantenna,” says Wolan. “We figured what better way to talk to football fans than to use those ridiculous music videos that play before NFL games? So we made one with a cautionary tale about illegal streaming.”

There’s also the small matter that a lot of mass-produced beer simply tastes the same. Bud Light, Coors Light, Miller Lite, who cares, right? It’s a category where brand choice has less to do with taste, and more with brand image, or which case of 30 beers is cheaper that week. It’s why these brands are also among the most visible sports sponsors, and experimental when it comes to quirky marketing gimmicks. Coors Light has its mountains turning blue on the can to say the beer’s cold. Budweiser’s been selling cups that tell you when your team scored for years. Last year, Miller Lite even turned its beer cans into a gaming controller.

“The Miller Lite can is super iconic and it doesn’t need to be innovated. It’s beer,” says Wolan. “That’s what makes both the Cantroller and Cantenna fun ideas. They’re simultaneously really stupid but also genuinely useful.”

Just a shame they couldn’t make a can that blocks out Kansas City Chiefs fans. 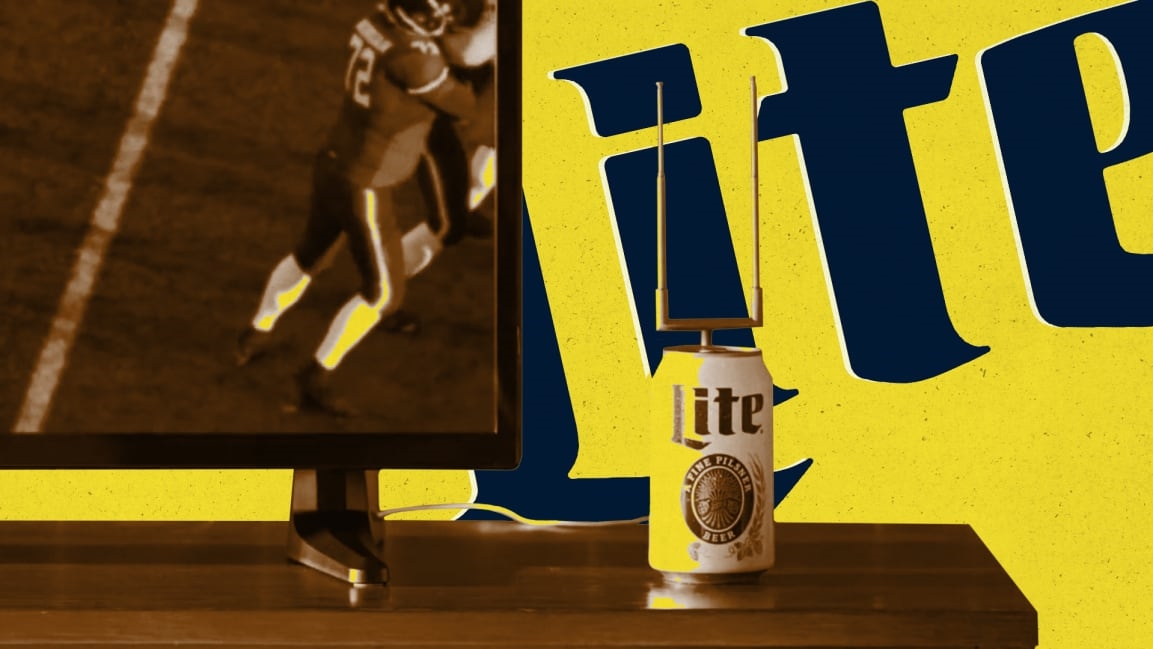