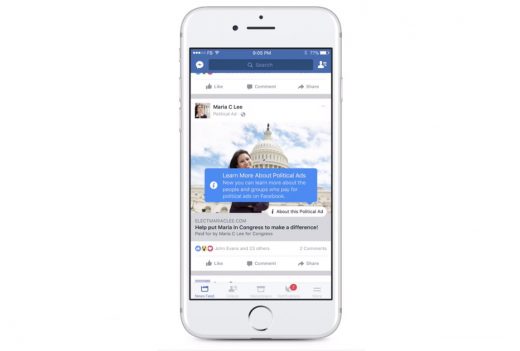 Facebook will require political advertisers to disclose their identities

Facebook has had a rough few months since the election. At least 10 million people saw Russian-placed political ads on the platform, which may have helped widen the rift between political sides during the 2016 US presidential election. In reaction, the social network has pledged to hand-review any new ads that target politics and race. Further, Facebook has just announced that it will be rolling out new transparency features for all ads, including political ones, starting next month in Canada. The US will get the new tools by next summer, in time for the US midterm elections next November.

“When it comes to advertising on Facebook,” wrote Rb Goldman, VP of Facebook Ads, in a blog post, “people should be able to tell who the advertiser is and see the ads they’re running, especially for political ads. That level of transparency is good for democracy and it’s good for the electoral process. Transparency helps everyone, especially political watchdog groups and reporters, keep advertisers accountable for who they say they are and what they say to different groups.”

When the feature releases next month, you’ll be able to click “View Ads” on a Page and see any advertising that page is running, whether you’re a target for the ad or not. All advertising will also now be required to come from Pages, too. During the first Canadian test, only active ads will be available to view, but when the feature comes to the US, Facebook plans to build an archive of ads related to the federal elections. The company is also creating an archive that will hold up to four years of related ads and provide details on how much money was spent on each one. Facebook will also provide how many impressions each ad delivers and the demographics information about who the ads reached.

In addition, anyone placing an election-related ad on Facebook will have to provide more documentation on their identity and location as well as disclose that they are running election-related advertising. Advertisers will also have to include a “Paid for by” disclosure in the ad itself. For advertisers who don’t disclose up front, Facebook is also building machine learning tools to help find non-compliant advertisers and make them verify their identity. “We remain deeply committed to helping protect the integrity of the electoral process on Facebook” wrote Goldman. “And we will continue to work with our industry partners, lawmakers and our entire community to better ensure transparency and accountability in our advertising products.”

Facebook isn’t the only social network looking to make its platform less susceptible to social engineering. Twitter announced this week that it will also identify political ads and disclose who paid for them, as well. 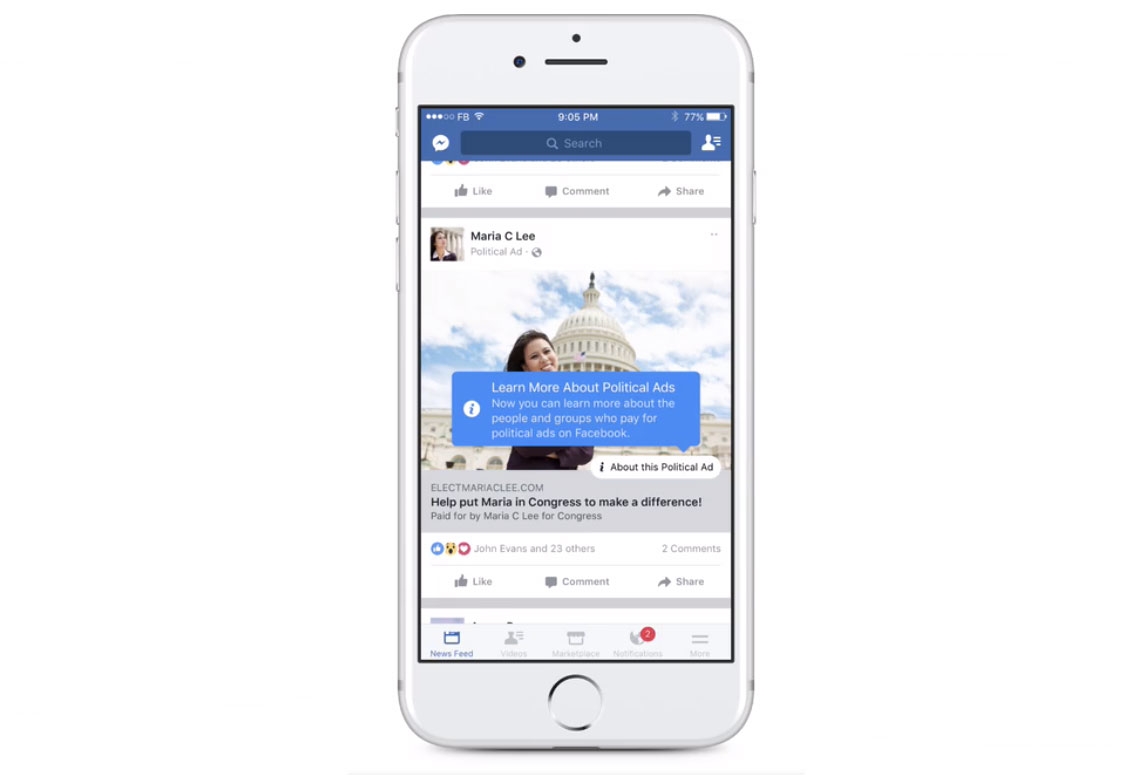