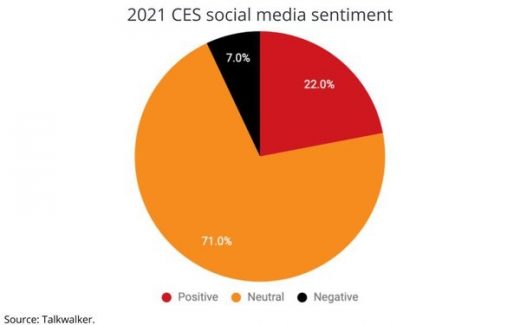 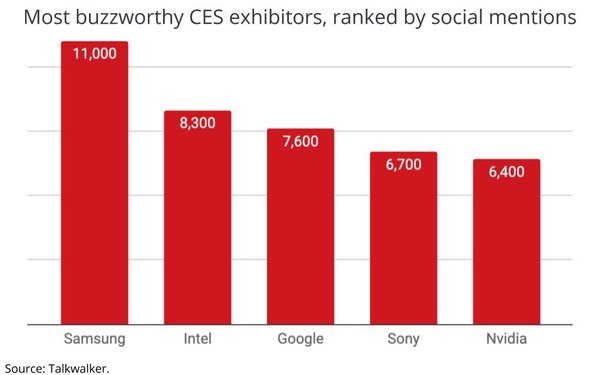 Samsung was the dominant brand in terms of total social media mentions during this year’s CES conference. With 11,000 total mentions, Samsung had a wide advantage of CES buzz vs. Intel (8,300 mentions), Google (7,600), Sony (6,700) and Nvidia (6,400), according to an analysis conducted by social media analytics firm Talkwalker.

While there was some negative trending (7% of social mentions had a negative sentiment), positives (22%) outweighed them with a net positive social media score of +15%. Most of it was neutral. 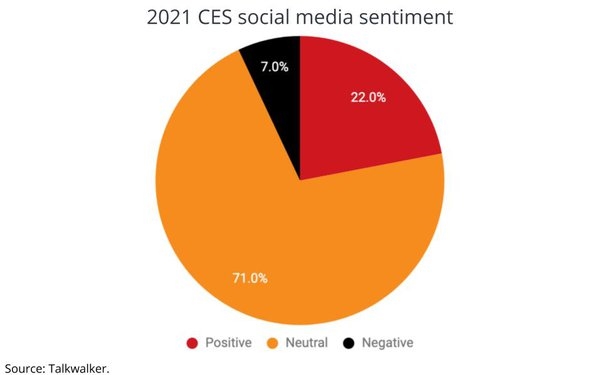