I tried, failed and finally managed to set up HDR on Windows 10

J.Crew’s Mickey Drexler Helped Invent ‘Luxury For Everybody’ Then Failed To Deliver

Smartwatches failed to excite in 2016

‘Evolve’ is dying after its free-to-play transition failed

The Failed Race To Build The Hyperloop Of The 1870s 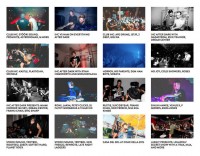 How I Failed In Digital promotion